Why fans? I collect them because I think they’re beautiful objects. There are two main types – handscreens and folding fans, and the majority of mine are the folding kind.  These fans often have lovely leaves, usually made from paper or a fabric like cotton or satin, but they may also be made from lace or even feathers. I love flowers, so many of my favourites have a floral theme. The sticks and guards may be made from ivory, plastic, bamboo, sandalwood or other kinds of wood. Sometimes they are scented, often they’re delicately carved and they may be decorated with paintings or mother-of-pearl. Some come in beautiful boxes or pouches. I also find it hard to resist objects decorated with fans or in the shape of fans, and I have a number in my collection, including stamps from various countries, serviettes and greeting cards.

My first two fans were given to me when I was a child, by an aunt and uncle who travelled overseas fairly frequently. I still have one of them, a fan advertising BOAC, the forerunner of British Airways. 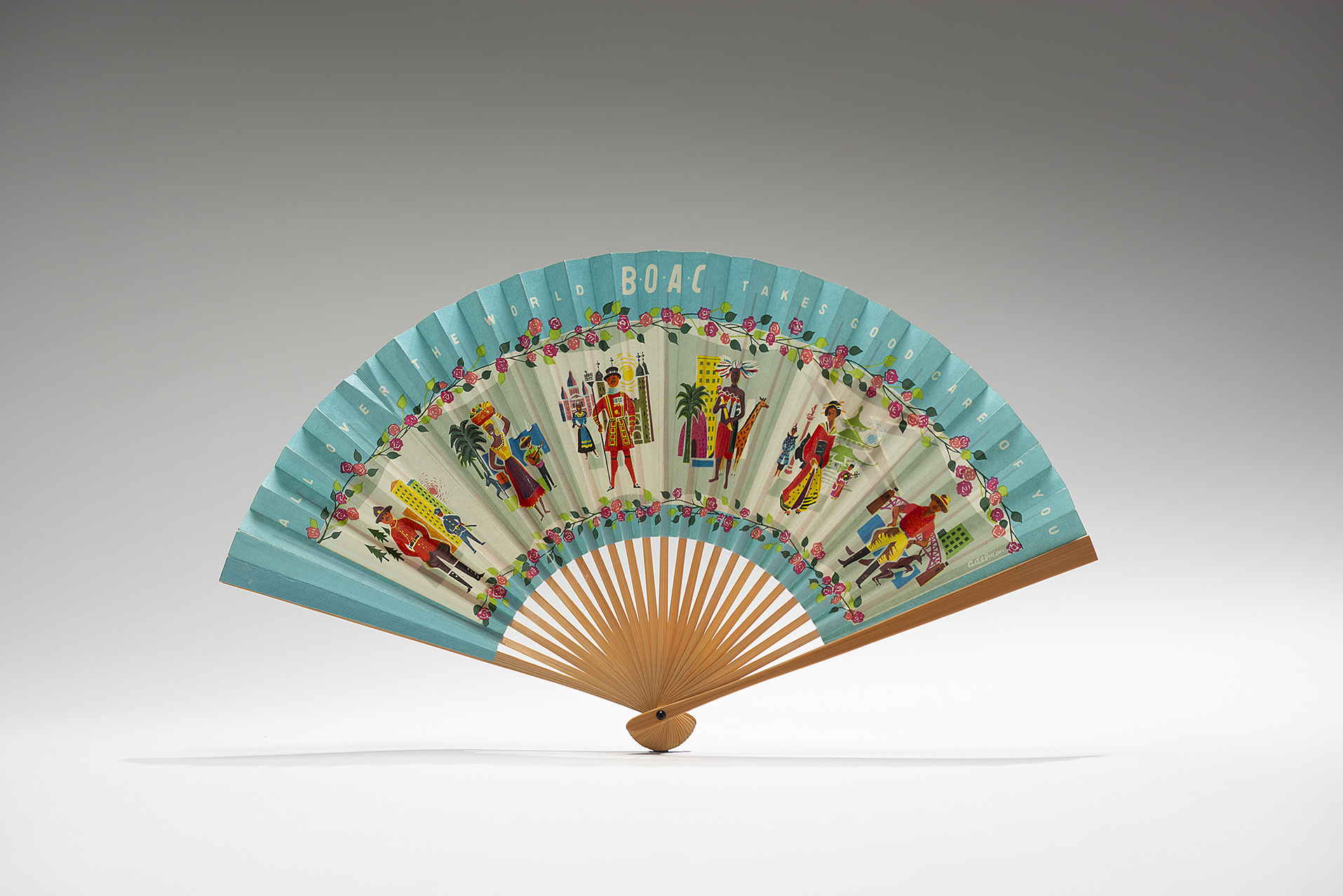 I didn’t immediately start collecting on receiving those gifts. In fact, I didn’t really catch the bug until the mid-1990s when I began travelling overseas for work. In September 1994, I went to Seoul and bought a fan in the shop of the hotel’s lobby. In May 1995, I bought a fan in Hong Kong on the way to Beijing, where I bought one of my all-time favourites, a black hand-painted fan which features 13 ladies in traditional costume surrounded by rocks, greenery and flowers. Later in 1995, my partner and I travelled to France and Italy, and I made two purchases. In 1999, we visited Singapore for a week, and I bought seven fans. The pace was picking up!

Along the way, I started reading books about fans and learned about the various types, but I’ve never set out to build a representative collection, by period or country or style. I’ve bought a few because they’re different or quirky, but by and large I’ve collected on the basis of what I like. I do have fans of each of the two main types – but, as mentioned above, my preference is for folding fans.

Although I started buying fans when I was travelling overseas, I also keep an eye out when I’m looking in antique or collectables shops, and the regular Antiques and Collectables Fairs in Canberra have been a great source for older fans. Friends have kindly brought fans back for me from their own travels, and one friend who is a volunteer at Vinnies has obtained several lovely examples, as well as a set of four colourful plates. 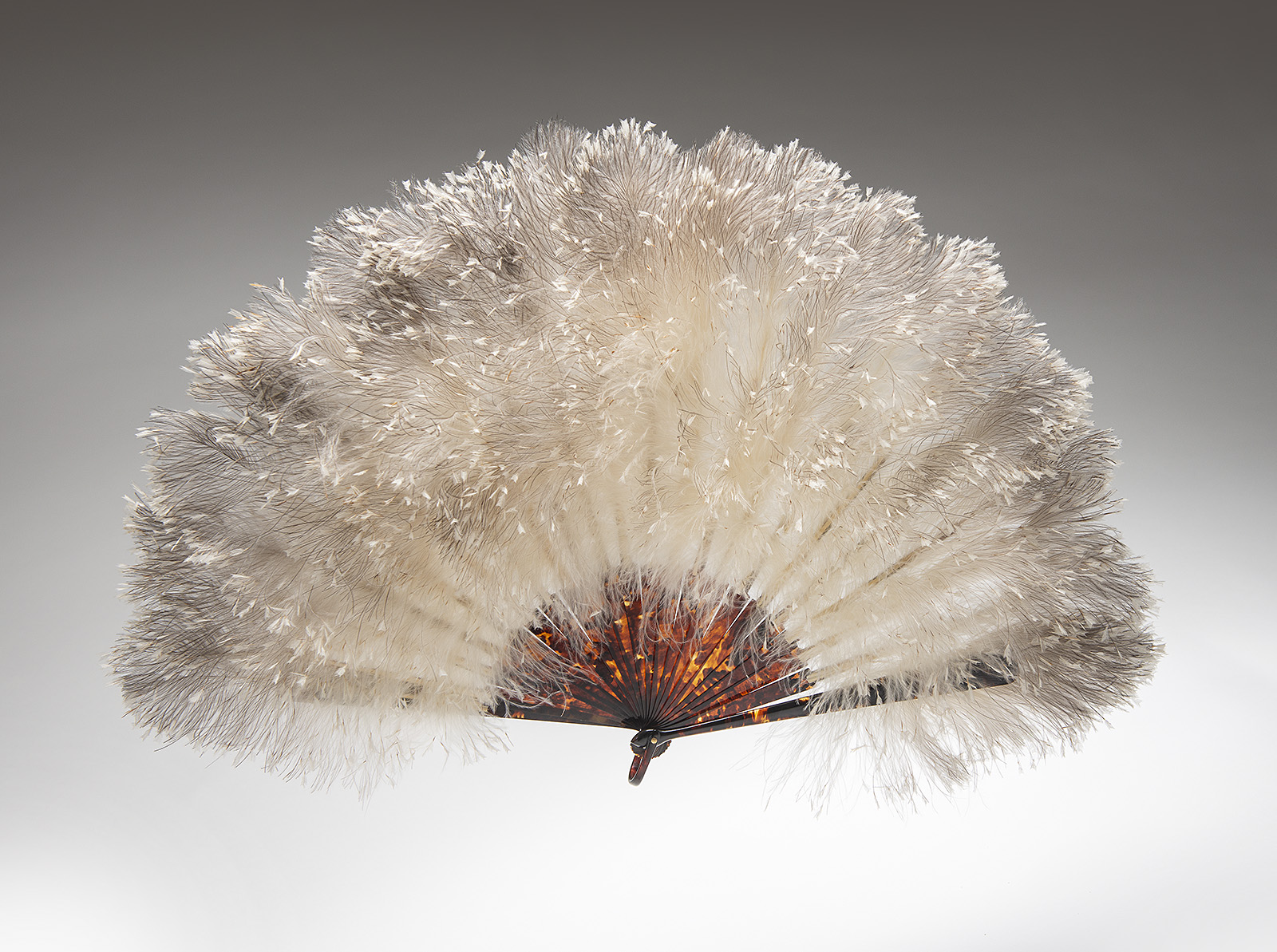 Fans range in size. The largest folding fans in my collection are antique ones that are 35-37cm long. Not surprisingly, they’re quite heavy and it’s hard to imagine their original owners waving them to cool themselves. The smallest I have are a 12cm-long cream one made of xylonite which probably dates from the 1920s, and an exquisite modern one from Korea, measuring 14cm. It’s decorated in shades of pink and purple, and has a matching pouch.

Fans are produced for a range of purposes. Primarily they’re just beautiful objects for personal use, but companies sometimes sell them or give them away to advertise their products. I have three fans produced by airlines, two from BOAC (one of which is mentioned above) and one from Japan Airlines bought in 2018. Museums, operas and ballets include fans among their souvenir products. I have several of these, including one from the Chinese National Ballet’s production in Sydney of Raise the Red Lantern, one from the Louvre featuring the Mona Lisa, and another from the Australian National Gallery’s exhibition about Versailles, featuring Marie-Antoinette. 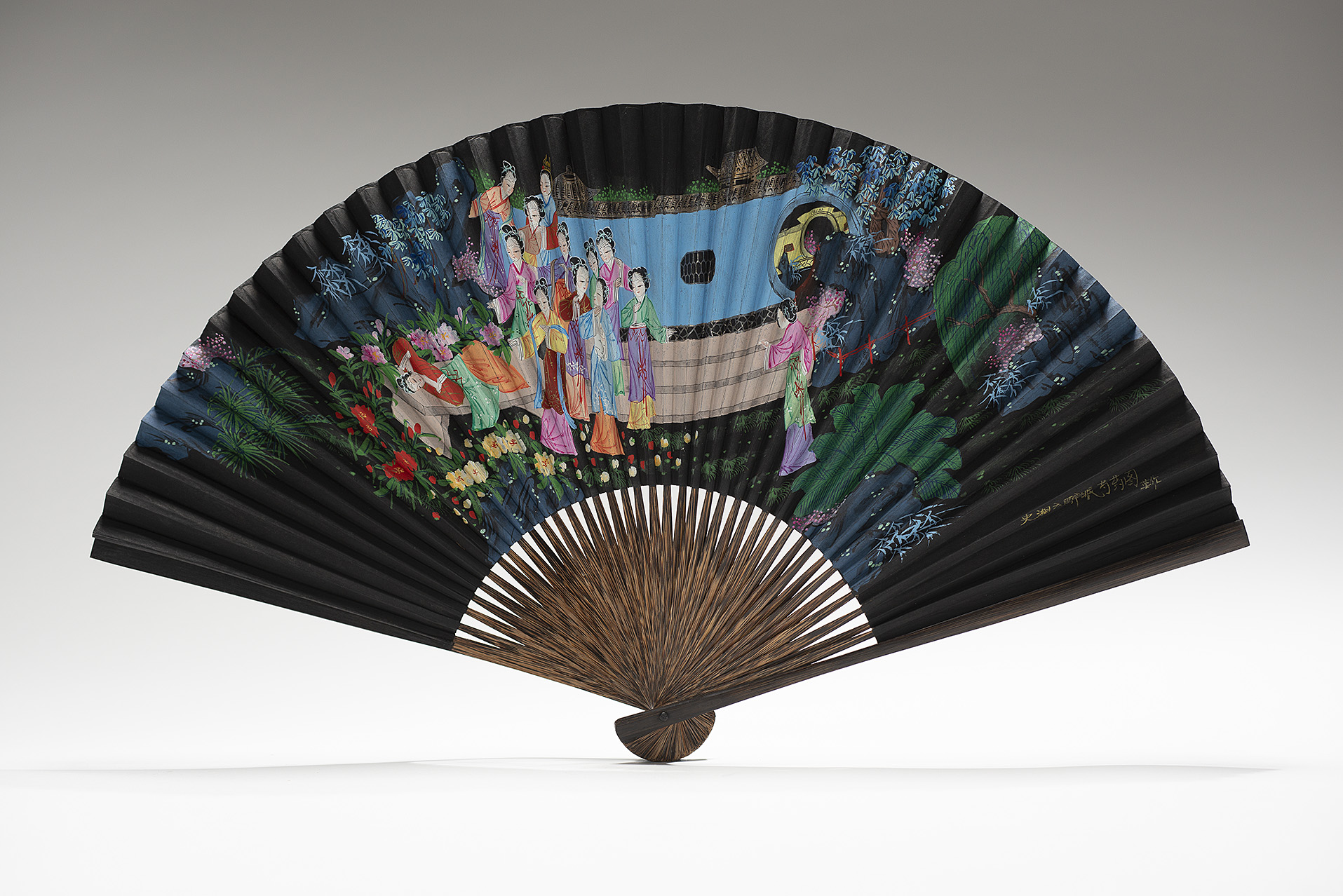 My collection is kept in drawers and cupboards at home. This is partly due to lack of space to display them and partly because I read early on that it’s not good for folding fans to be out on display, as they become stiff and lose that lovely capacity to open and close easily. It’s therefore a great pleasure for me to see the fans on display in the exhibition and to be able to share them with other people. 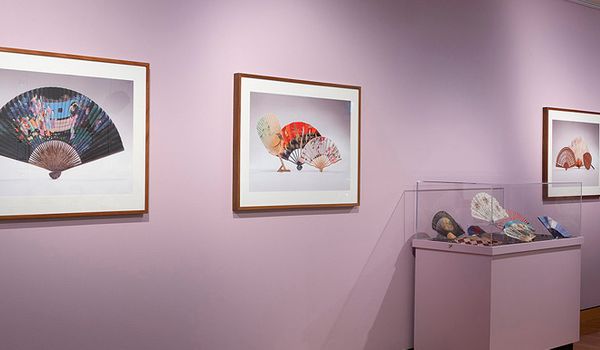