We’re stuck with Canberra whether we like it or not, so we might as well do it properly.’ – Robert Menzies, 1956

Despite being the new capital of Australia, and the grand plans of early administrators, Canberra’s development had stagnated due to government indecision, World Wars and the Great Depression. In 1950 it was still a small, sleepy town with a population of less than 20,000. 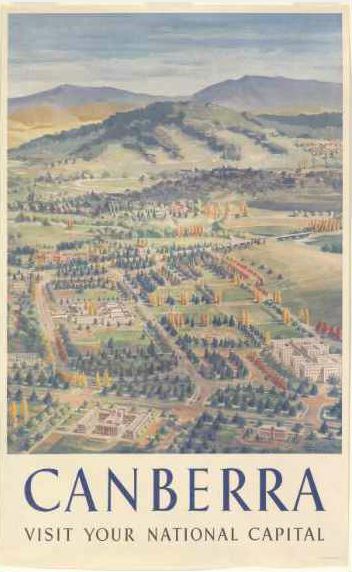 The Federal Government was committed to expanding the city, but housing was scarce. Public servants, contractors and other officials could not live and work in the city without somewhere to live, so the government embarked on a large housing scheme.  Construction company AV Jennings won the contract to build 1850 new homes in the city, but labour shortages forced them to look overseas to find men for the job. 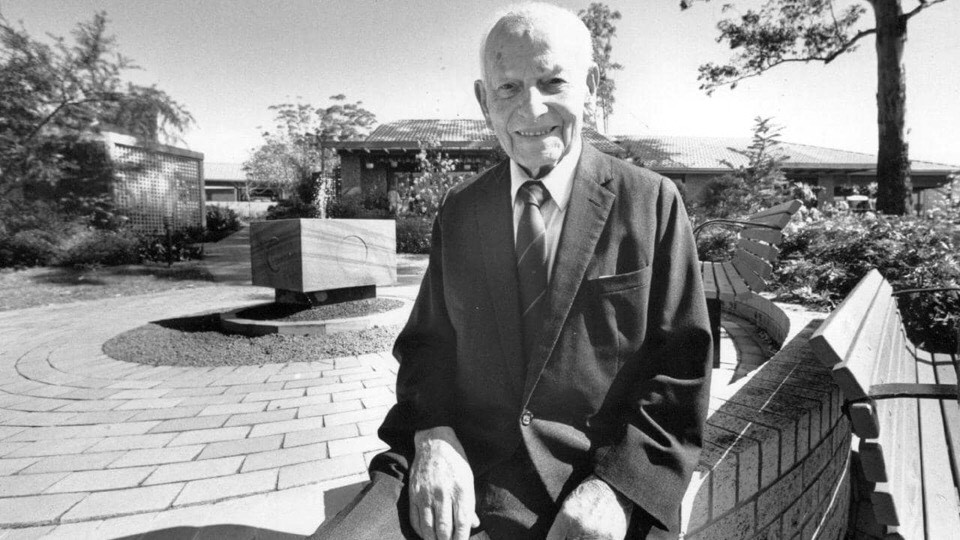 Although public opinion of Germany after the war was quite low, AV Jennings believed that German tradesmen, with their strong work ethic, outstanding technical skills and education would make ideal candidates for contracts in Australia.

Not everyone was convinced, however. Only five years earlier the two countries had been at war, and mistrust and suspicion were still strongly felt by some, including politicians who stirred up fears of ‘Nazi Agents’ coming to Australia. Undeterred, the AV Jennings company lobbied to obtain the numerous approvals from the Department of Immigration and to satisfy the requirements of the Trade Unions, and plans were soon in place. 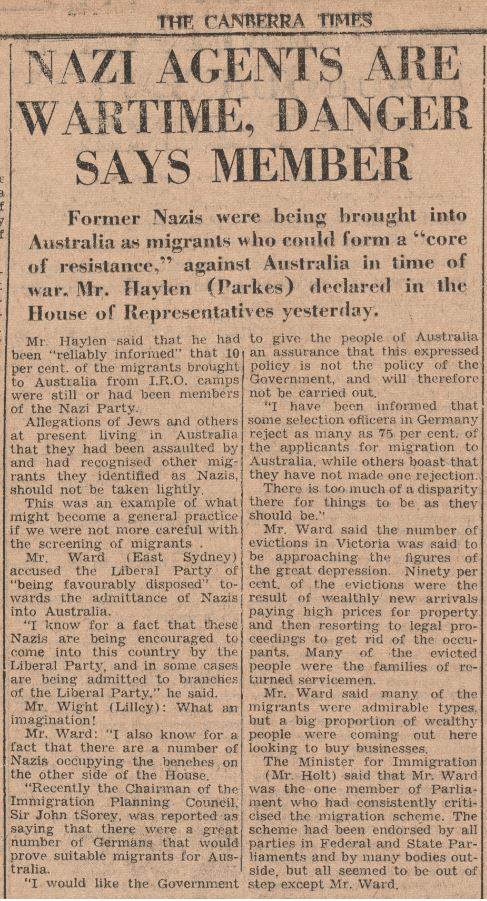 In 1951 Walter Schauble—a German living in Australia, and Allan Jack— head teacher of building trades at Canberra Technical College were appointed by AV Jennings to travel to Germany to assist with the selection of 150 carpenters for migration to Australia. Together, they processed over 2000 applications, facilitated trade tests, liaised with government officials and finalised the administrative processes and approvals. At the end of the six months, they had selected the 150 young men who would be coming to a small, conservative, mostly English capital on the other side of the world. 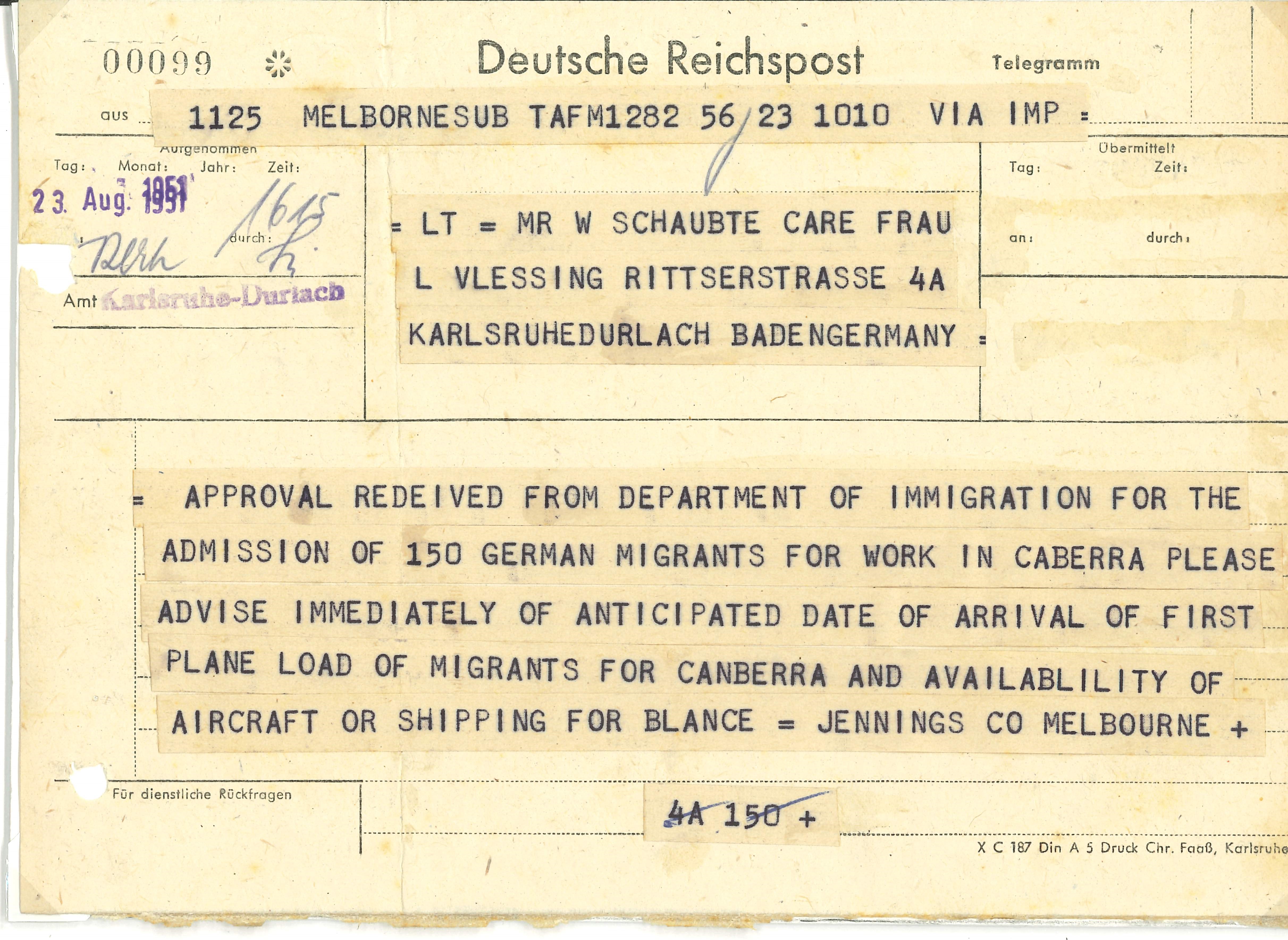 Telegram received by Walter Schauble whilst in Germany, August 1951 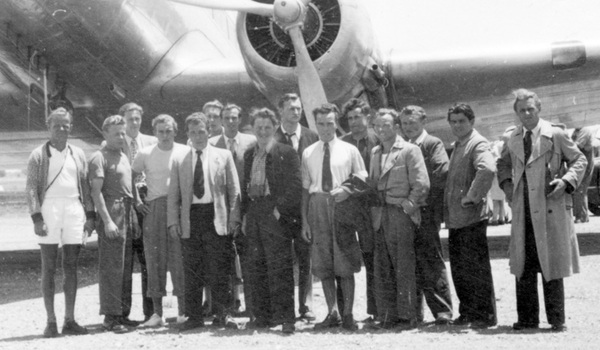