‘We had a two-year contract with Jennings. And the two years are still not up. – Ludwig Hunklinger

It is almost 70 years since the Jennings Germans first arrived in Canberra, but their fingerprints can still be seen all over the capital. They literally helped build the city, from the smallest residences to the biggest ‘House of the Hill’ – Australian Parliament House.

But their legacy extends beyond the built environment. They also built bridges between cultures and people, and helped to break down some of the prejudices which remained after the Second World War. They, together with thousands of other migrants who came to call Canberra home, made the city a more modern, cultural and inclusive place. 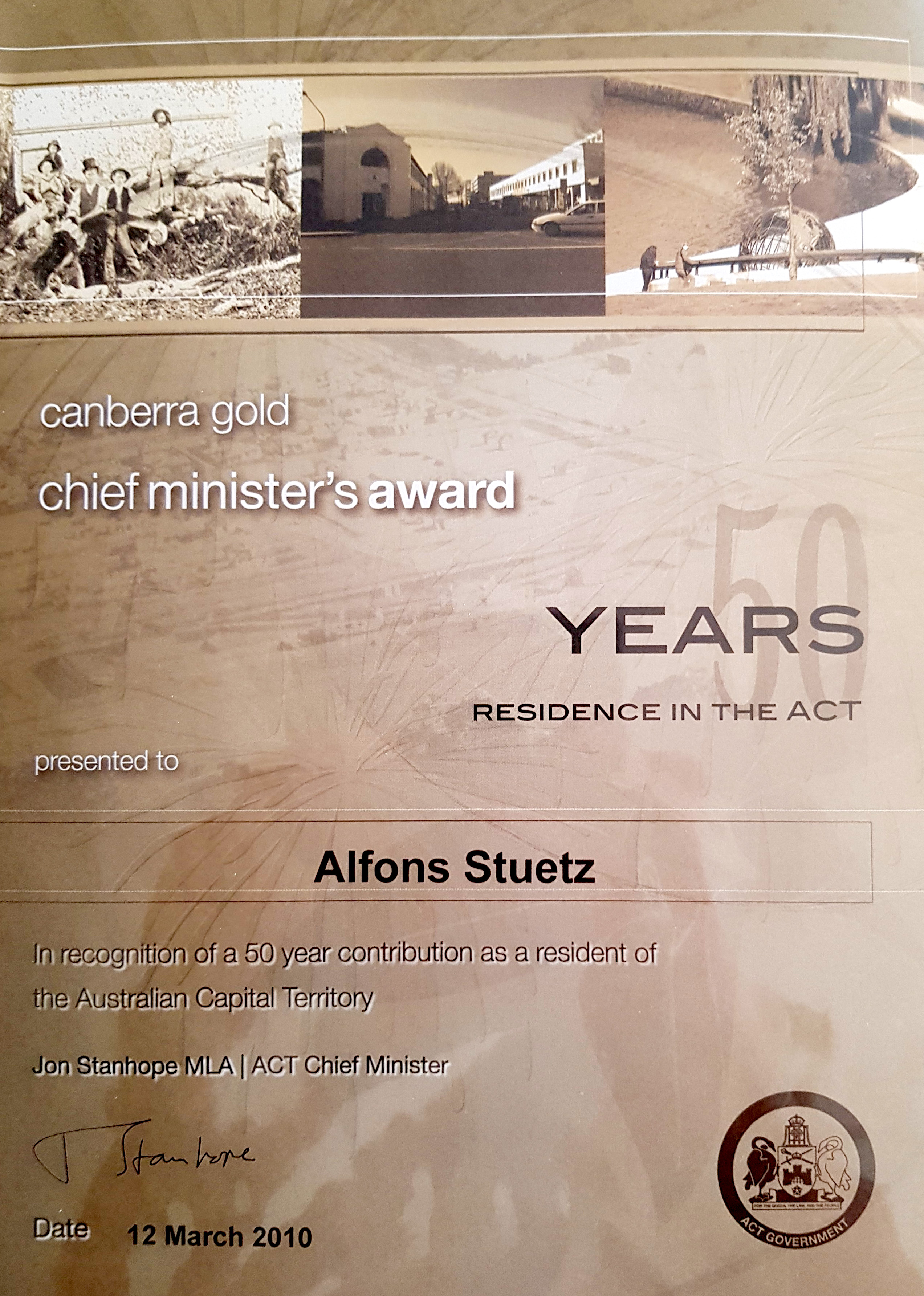 They led happy and successful lives here and their families continue to contribute to the city and beyond. Alfons Stuetz is just one of the men awarded a Canberra Gold Award in recognition of his 50 years residence in the city, and in 2016 the contribution of the Jennings Germans to Canberra was officially recognised with a plaque on the Canberra Honour Walk.

As the years passed the strong community they had formed remained, and was celebrated at various anniversaries and reunions. While most of the original Jennings Germans contingent are now gone, their families continue to meet to honour those brave, hardworking, talented and incredible ‘Jennings Germans’. 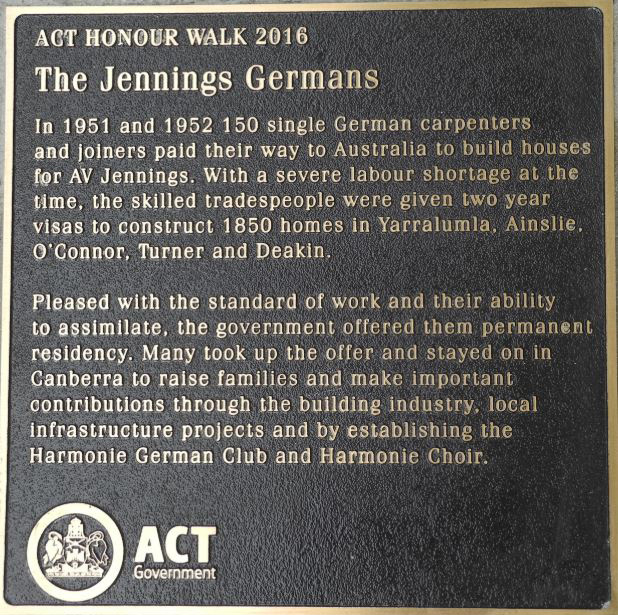 The Jennings Germans plaque on the Canberra Honour Walk

‘If I could turn back the clock and start again at the same age, I gladly would. Hardship, loneliness, the language barrier, it was all worthwhile. I have seen a country grow, I have helped build a city. I love Australia, while still loving my country of birth.’ – Karl Cloos

In late 2019, CMAG commissioned award-winning photographer Mark Mohell to undertake a series of portraits of Canberra’s remaining Jennings Germans. He said of the experience ‘In many of my recent collections, I've captured Canberra's unique urban landscapes. So when I was asked to be part of the Jennings Germans project it seemed like a natural fit.

I feel privileged to have been able to meet and hear the stories of these skilled, adventurous and humble men who travelled halfway around the world to help build the Canberra community.

Our urban landscape is changing so quickly, I feel it is important to tell and treasure these stories.’ 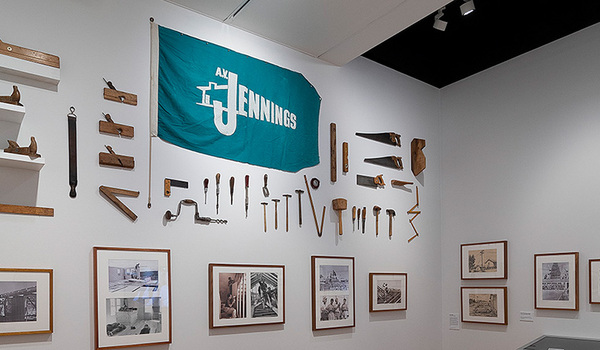