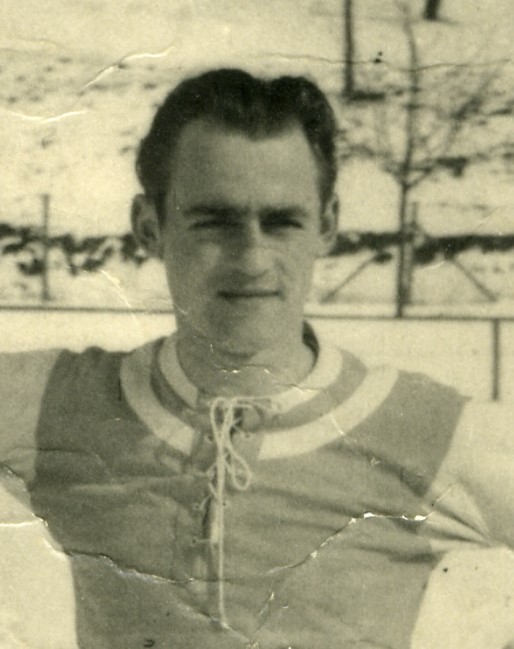 Hans was born in Harresheim, Germany in 1926. The eldest of 3 children, he grew up on a large farming estate where his family lived and worked. Photos of that time show estate workers harvesting hops and apples, with loaded carts being drawn by heavy horses. He also enjoyed hunting and fishing, and playing soccer for the local Tettnang team. The war put an end to that simple, happy life and Hans was forced to join the army at age 16. The hardships and privations that followed were never forgotten.

After the war, Hans became an apprentice cabinetmaker. This decision would eventually take him to the other side of the world with AV Jennings, contracted to build residential houses in Canberra. Hans thought that it would be a good way to earn some money and see the world. He promised his Mother he would return in 2 years’ time.

When the 2-year contract ended Hans didn’t go back to Germany. He had earned enough to buy a block of land in Yarralumla, and had started to build a house for himself – something that he would never have achieved in a lifetime back in Germany. He had also met and fallen in love with a young girl at a soccer game in Cowra – his future wife, Anna. Together they would build a life together in Canberra where they raised their family of two girls and two boys.

During the early years Hans was working hard building spec houses and even spent some time on the Snowy Scheme. He was a founding member of the Harmonie German Club, which he helped build along with many of his old friends from the Jennings Germans. Once he was established as a builder in his own right, he became well known for building houses to a very high standard. His reputation and a handshake had him building the prestigious Beaver Galleries in Deakin, which was a source of great pride.

In 1965, Hans designed and built another family home in Curtin – this time in a distinct German style. The back yard was big enough for a chicken run, a huge vegetable garden and orchard. The house design included a pantry and cellar for storing all the surplus. Having lived through the war in Europe he had never forgotten that families that could feed themselves never went hungry. It was with this thought that he bought a farm at Hoskinstown in the early 1970s. He became part of that community too and was instrumental in building the Hoskinstown-Rossi Rural Fire Brigade Station.

It wasn’t all hard work though. Hans (now known as John) still loved soccer, going hunting and fishing, returning with duck, rabbit and trout – all for the pantry. He enjoyed providing for his family in this way, and the family was growing too – five grandsons and a granddaughter. And a great granddaughter was born just weeks before he passed away in 2015…

John (Hans) Hummer was laid to rest in the pines at the farm.