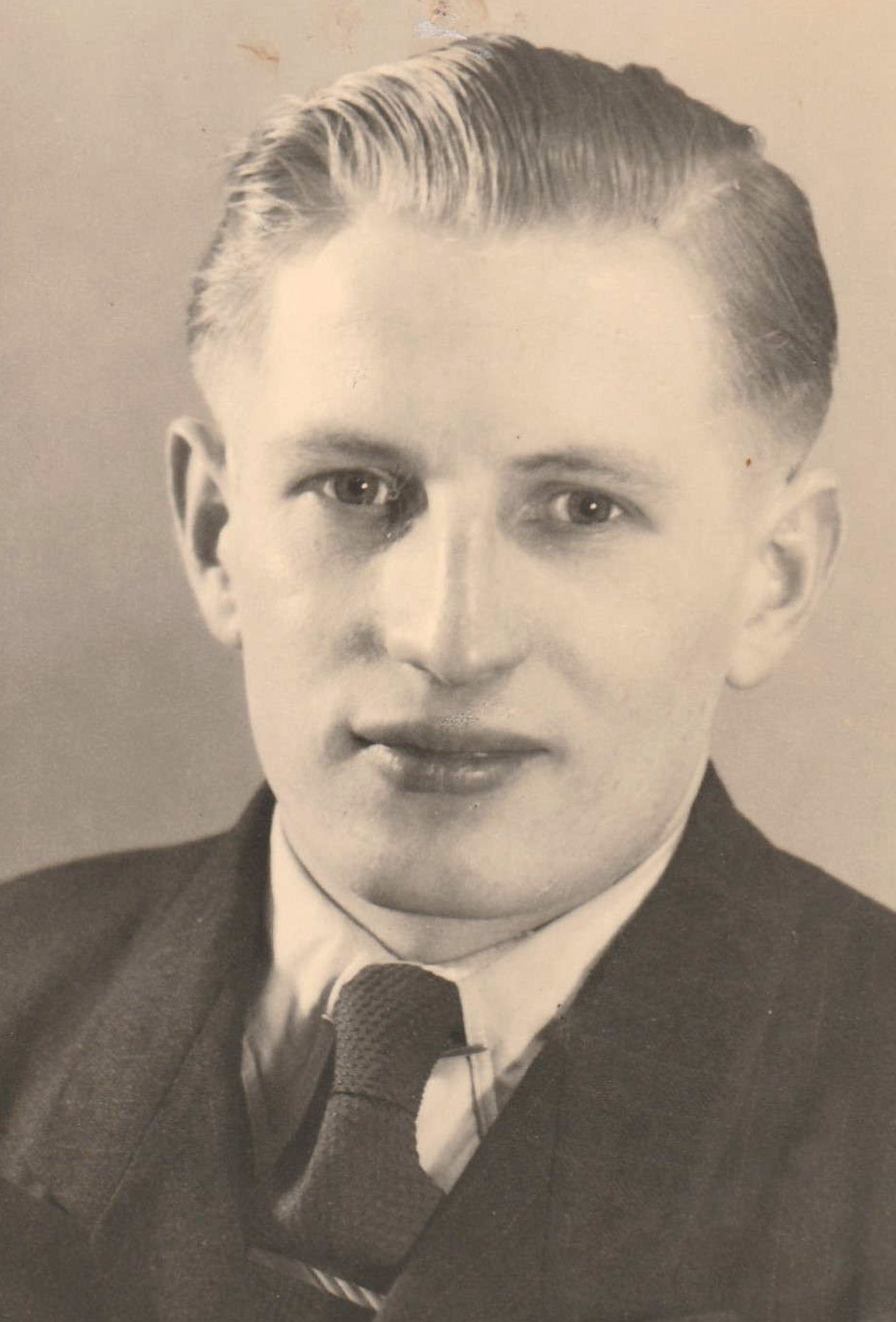 Heinz Wese was born in Nieder-Dammer, Silesia and was one of ten children.

During the War the family relocated to Benthe in North Germany and there Heinz undertook an apprenticeship in carpentry and joinery.

After reading an ad in the local Hannover newspaper about the opportunity to work in Australia he decided to apply.

Heinz sailed the ‘Anna Salen’ on 20/2/52 which was the final ship to transport the “Jennings Germans”. They were the smallest group comprising of only 7 men. They arrived in Melbourne in high spirits but this was quickly dampened on discovering they could not leave the ship until the Monday. This delay was due to the harbourside workers not working on weekends. The group was also excited about their first plane flight. The flight to Canberra was exhilarating and they realised just how vast Australia was. They joined the rest of the Jennings Germans at the Hillside Hostel.

Heinz’s first day of work began on the afternoon of April 1st 1952 which was the day after he arrived at the hostel.  They worked in Westridge, now Yarralumla on weather board and brick veneer houses. The hot sunny days were great but he found the temperature drop at night very dramatic. This was made worse with the bedding only being sheets and blankets instead of warm feather quilts. In his spare time he played tennis, went skiing and worked on Camp Sturt.

Once the two-year contract with AV Jennings was completed Heinz went into partnership with Karl Thorman, another Jennings German for a short time and then he worked for himself.

Erika his future wife came out to Australia from Germany in 1956. She had been corresponding with him and he was her sponsor. Erika worked at Canberra Hospital and then Barton House. They married at St Johns Anglican Church in Reid on 10/10/59 since at that time there was no Lutheran Church in Canberra.

Erika and Heinz returned from their first trip to Germany in 1961 and upon their return knew that Australia would be home. They were proud Australians, choosing to become Australian citizens.

Heinz built his family home in Red Hill with the arrival of his children Linda and Ralph. The family then moved to Hughes. Despite his long working hours and weekend work commitments, he would always find time for the winter ski holidays in Guthega and summer holidays down the south coast at Rosedale.

Heinz was involved in a lot of voluntary building work in the community. He helped with the Harmonie German Club, the church hall at St Peter’s Lutheran Church in Reid, was a founding member of Guthega Ski Club and built an extension on the Hughes Scout Hall.

Heinz built many houses in Canberra, 56 in total as well as many house extensions. These homes often had their distinctive Heinz Wese style, a flower box, an angled wall, an internal swinging wall and many built ins.