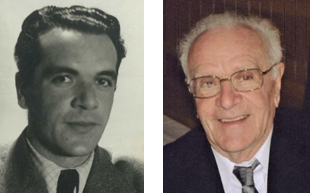 Ludwig Hunklinger was born on 5 September 1926. He was one of seven children to Johann and Maria Hunklinger growing up in a very close knit family in the small rural Bavarian town of Oberteisendorf. His father, Johann had established what was to become a successful joinery business in the town at the back of their family home. Ludwig and two of his brothers completed their apprenticeships working with their father. Their quality furniture can be found in homes around the Oberteisendorf region, including the local church. 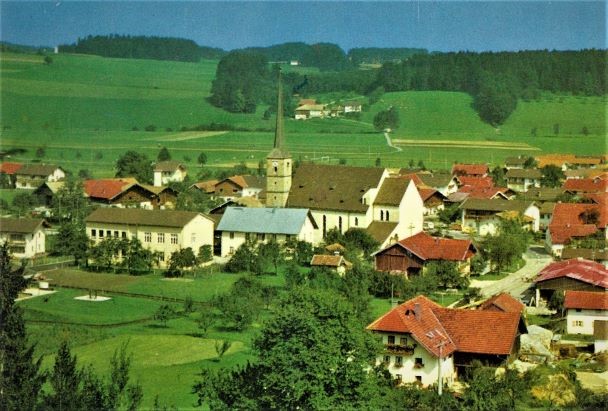 In 1943 at the age of seventeen he was conscripted into compulsory military service. At the end of the war he returned to work in the family joinery business until 1951 when he noticed an advertisement in a trade newspaper for an Australian company looking for German carpenters to build homes in Australia. Encouraged by his father, and because of the hard economic conditions in Germany, he saw this as a great work opportunity, as well as igniting his adventurous spirit. Out of the two thousand tradesmen who applied, Ludwig was one of the 150 accepted for the job.

On 4 January 1952 he, along with 53 other German carpenters boarded the MS ‘Nelly’ in Bremer-haven and travelled to Melbourne arriving on 10  February  1952. Many lifelong friendships were formed on the five week voyage to Australia.

His first impressions of life in Australia can be found in an article published in a local Bavarian newspaper the ‘Chiemgau-Blatter’ 7 June 1952 (translated to) ‘An Oberteisendorfer goes to Australia’. Ludwig reported that on the flight from Melbourne to Canberra he saw vast areas of land that had been devastated by bushfires. The currency, measurement system and housing were different to Germany, as well as the trees and landscape giving Australia a unique character.

He enjoyed photography and took many pictures of his adventures exploring the countryside with his friends. Ludwig also had a lifelong love of dancing. In the early years of arriving in Australia he was part of a dance group which performed the traditional Bavarian dance ‘Schuhplattler’ at events across the capital.

When the two year contract with AV Jennings was over and wanting to save money to be able to return home, he worked on the Snowy Mountains Scheme in Guthega for 12 months. 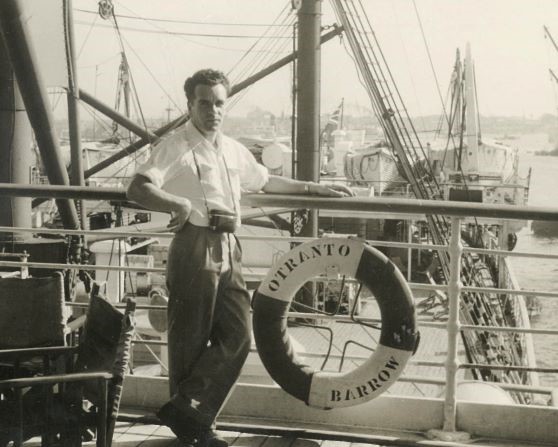 Ludwig returning to Germany in 1955

In 1955 he returned to Germany and during his time back home, a girl named Anne whom he had met before leaving Germany, came back into his life and before long, their combined sense of adventure led them back to Australia. Ludwig and Anne were married in Canberra on 25 August 1956 and three children followed Ernst, Anita and Robert. 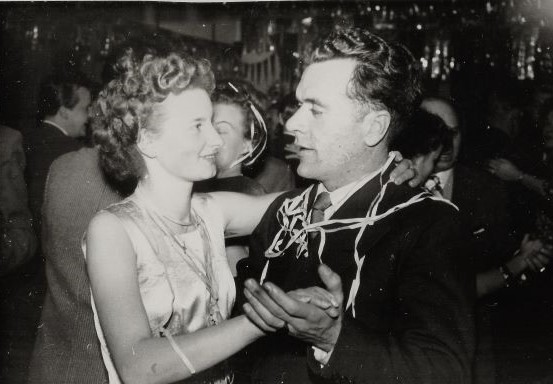 Over the next two years he worked on fit outs for the Australian Printing Office, Kingston and Joseph’s Menswear, Civic. Following this, Ludwig worked with Canberra Roof Trusses and CFM Kitchens for 36 years, retiring at the age of 68.

The family returned to Germany for a year in the early 1960’s. At the end of this time Ludwig and Anne decided their future lay in Australia. On their return to Canberra they purchased a block of land in Hackett and Ludwig commenced building their family home.

Ludwig and Anne enjoyed their lives in Canberra, meeting weekly with their German friends, at each other’s houses for card playing nights, dinners and dancing. These friendships continued throughout their lives.

Ludwig was actively involved in the Harmonie German Club and is a foundation member having worked on club activities including many Octoberfest celebrations. Over the years, Anne and Ludwig enjoyed the Jennings Germans get togethers, New Year’s Eve celebrations and dances held by the club. In retirement Ludwig enjoyed catching up with friends and playing ‘Schafkopf’.

Anne and Ludwig kept in close contact with their family in Germany and enjoyed their visits back home. They also loved having visitors from overseas and showing them around Australia.

Ludwig never stopped giving a lending hand to whoever needed his help with a building project. His son Robert and his grandsons Craig and Trevor proudly continue the family tradition in building.

Ludwig celebrated his 90th Birthday before passing away in 2017. He is remembered and loved by all for his good humour, positive outlook on life and love for his family and friends.