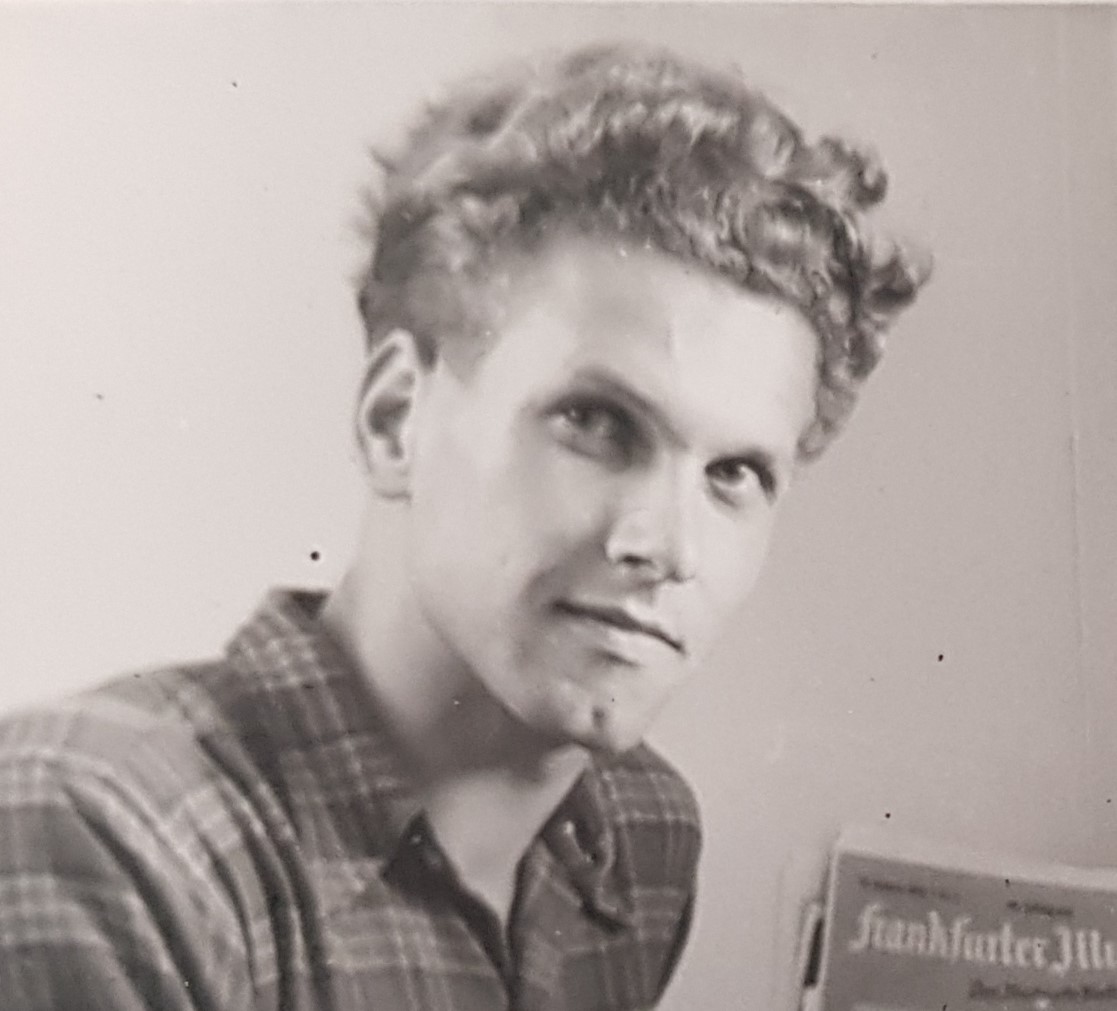 I was born in Hamburg, Germany on December 24, 1927. I was one of four children, two older sisters Irmgard and Renate (now both deceased) and a younger brother Hans (still living in Hamburg). My education included primary school and part of high school.  In 1944, when I was 16 years old, I received notification that I had to enrol in the army. As I was a volunteer, I could choose which sector of the military I wanted – and I choose the navy. By the end of 1944 the German navy no longer existed, so we got re-trained to be a soldier.

In 1945, I was captured by the English troops, and sent to a camp in the Lüneburger Heide. After the war, I was sent home to my parents in south Germany where I started my apprenticeship in joinery and carpentry. Because of my age I was able to do the exams after just two years of training. I moved around Germany working in different jobs and in 1951 while working in Stuttgart I read the advertisement in my trade journal from AV Jennings: Looking to hire 150 single young qualified carpenters and joiners to build houses for two years in Canberra Australia.

I applied for this job and after completing a trade test, three weeks later I was notified I had to travel to Munich on the 2nd November 1951. Thirty-six selected carpenters and joiners left Munich by railway at 11:50 pm to Genoa and boarded the Napoli next day. The Napoli was an old looking 6000-ton cargo ship converted to take immigrants to Australia. We had triple bunks in the front cargo hold. The Napoli left on the 4th November and sailed via the Suez Canal, Colombo and Fremantle. After five weeks and 9,730 miles we sailed into Melbourne.  On December 10, we flew to Canberra and AV Jennings brought us to the Ainslie Hostel, we all had our own little room. The next day Jennings brought us to the building site, divided us in groups of five, gave us new tools and a new ruler and we began work. Twelve months later our big boss Sir Albert Jennings visited Canberra and met with the 150 workers and gave us the nick-name: ‘You are my “Jennings Germans”.’

In 1953, six of us moved to Queanbeyan to work at Donoghue and Hopkins Joinery. Months later, I purchased a freehold land, Lot 7 Munro Road, where I built a timber garage. My friend Eduard Lengl left us to go back to Germany in 1954. I took him in my car to Sydney. I too left our group to go to Queensland, building homesteads for farmers. I could save money, and on the way back to Queanbeyan, I bought a passage in Sydney for a holiday in Germany. How different was the life in Germany compared to Australia. Visiting Eduard Lengl in Munich, I met his sister Rosa. We had similar views and got on well together and after three months we were married on June 30, 1956. Two month later I had to go back to Australia, where I asked immigration to bring Rosa out. In February 1957, I picked her up from Sydney and took her to our garage in Queanbeyan. I kept on working in various local joineries as Foreman, and in my spare time was in building our house. Our daughter, Caroline was born in 1961, followed by our son Edward in 1963.

In 1972 we bought a 40 acre bush block of land in Windellama, just outside of Goulbourn.  We spent many weekends clearing some land to build a weekender on it. In 1978 I got a big contract to build desks for the ABC, so I started my own business, K&R Scharrer Joinery. I started with a 100 m2 building, and seven years later I had my own 600 m2 factory and five men working for me.  In 1994 I retired and sold my business. I have been a member of Rotary International since 1976 and was President in 1982/83. I volunteered in 1995 to work for 3 weeks at a Rotary project in Kokoda Papua New Guinea. In 2004 I retired from being an active member of Rotary. In my retirement I enjoy lead lighting, creating Tiffany-style lampshades, work around the house, garden and farm, and attend twice yearly luncheons with the Jennings Germans. I was able to help and provide things for the Building a life: the Jennings Germans Story exhibition from the Canberra Museum and Gallery in 2020.