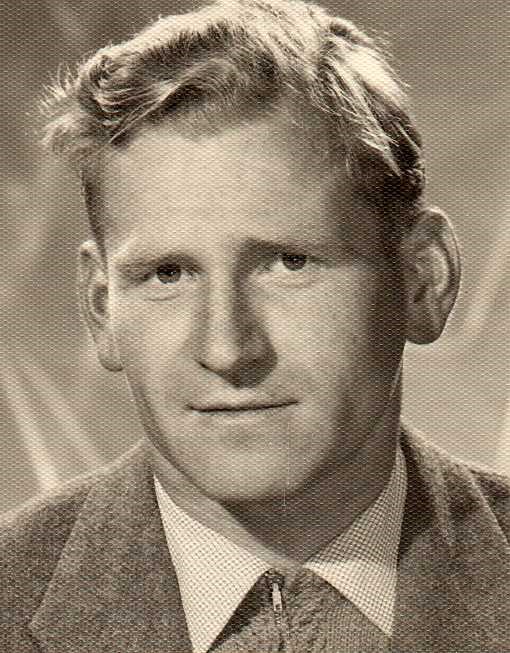 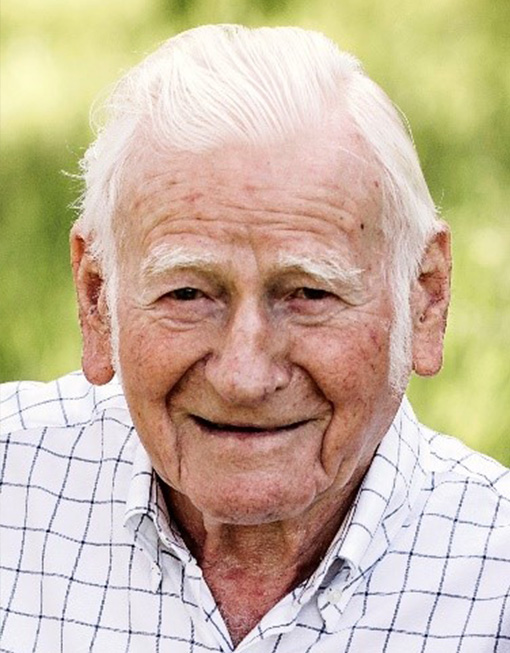 Rudi was born in February 1931 in a small town called Dachau which is just outside Munich.  He has 12 brothers and sisters.  Rudi finished school at the age of 14 and decided to train as a joiner and carpenter.

Rudi was seeking an adventure and read in a newspaper an advert placed by AV Jennings about a short two-year contract in Australia to build houses.  He heard about Australia but did not really know much about the country.

He applied for one of 150 positions and was accepted. Before boarding the ship in the port city of Bremen, he was told, incorrectly as it turns out, that he did not require money on the ship nor in the new country.  At the time he had about 300 Deutschmark.  He practically gave away this money much to his dismay as there were items available to buy on the ship. 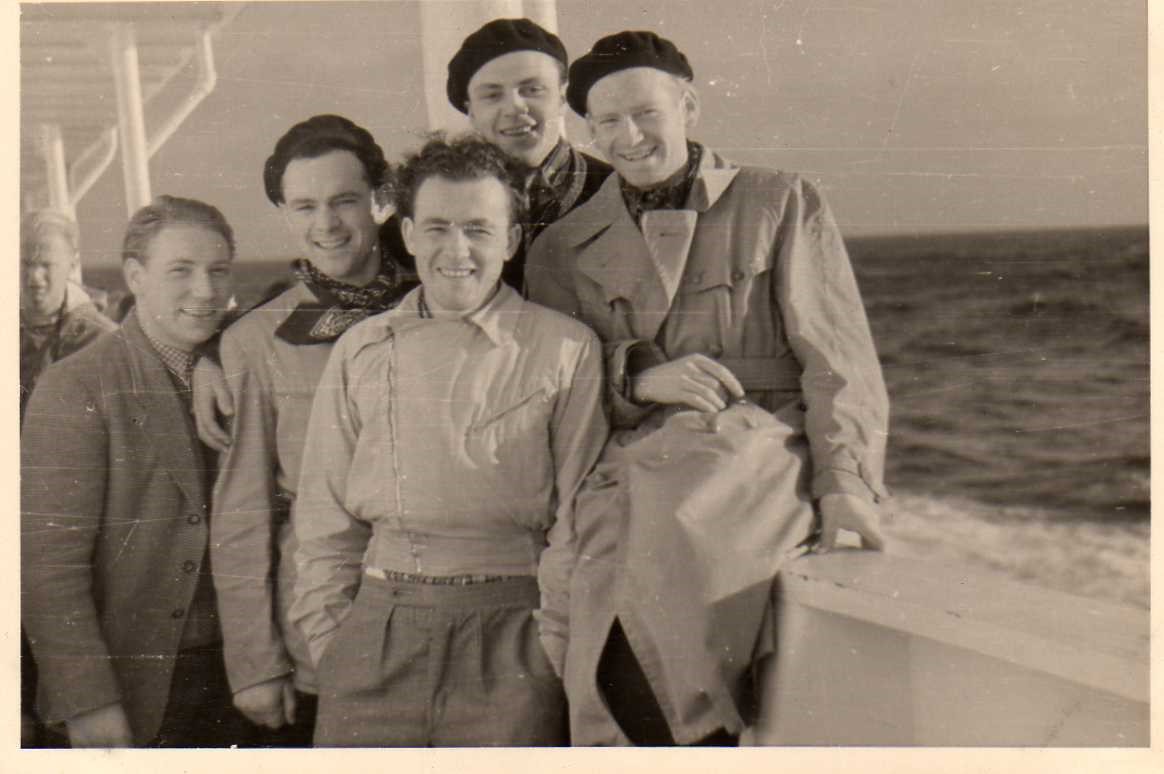 Rudi travelled with 5 other recruits onboard the ‘MS Nelly’.

Rudi arrived into Melbourne, Australia on his 21st birthday 9 Feb 1952.  His first plane trip was from Melbourne to Canberra and he recalls descending into Canberra airport and thinking where is the airport, and where is the town of Canberra?

In the first few months of his contract, Rudi stayed in a hostel called Eastlake in Kingston. A short time later he relocated to a hostel in Ainslie.  There he stayed for a further five weeks until he again moved but this time to Queanbeyan and from there made the daily commute to his workplace by bicycle which he brought with him from Germany.

Hostel life was terrible. Rudi recalls one time when after work he went to the hostel and queued for his evening meal. He loaded up his dinner tray with all the food on offer only for most of that food to be removed from his tray. He complained as what was left did not feed his hunger.

Rudi worked for AV Jennings for just eighteen months and decided to leave the company. At the time, there was little work with AV Jennings so it was an opportune time to leave.  He found work on large building sites like the Treasury Building in Barton. This work did not suit him and he quickly found other work. He also worked together with two other former AV Jennings recruits to build a number of houses in Red Hill and Yarralumla. 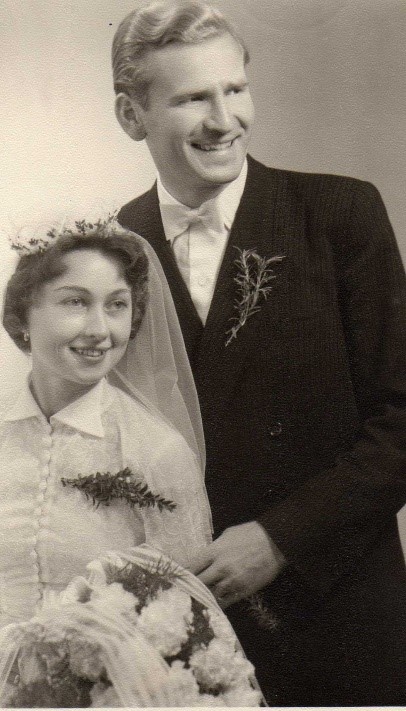 Rudi spent nine months in Germany. Met, courted and married his wife, Maria.  Rudi gave his wife the opportunity to say whether they stay in Germany or go to Australia.  He told her about life in Australia and how the weather was warmer than in Germany.  Maria listened to all the stories Rudi had about Australia and liked the idea of a warmer climate.  He would be happy with either decision, and if it was to stay in Germany, they could build a life in Germany too.  Rudi added that if she didn’t like it in Australia they would return back to Germany and build a life there.

Thankfully, Maria chose to go to Australia. The journey to Australia took 6 weeks, slightly longer than normal because of a dispute in the Suez Canal, forcing the ship to travel around South Africa.  This journey went via Gibraltar and included a brief stop in Cape Town, down around the Cape of Good Hope, and then on to Fremantle, then to Melbourne and finally arrived in Sydney.  They then caught a bus to Canberra.

Maria quickly found employment within Parliament House in Canberra as a secretary and typist. Rudi continued in building and met a Slovenian and together started a building company F&K Builders Pty Ltd.  At its peak, Rudi was building 100 houses a year.

Rudi and Maria purchased a property in Yarralumla.  Rudi first built the garage and this is where they lived until the house was built.  Every afternoon after work, Rudi would put another two hours work into building their home.  Rudi did everything, from laying bricks to concreting, to building the house frames and putting on the roof and gutters.  The two jobs he did not do was plumbing and electrical. It took 13 months to completely build the house, all done part time after his regular work day.

Rudi and Maria have two children, Sylvia and Richard. Two grand-children, Daniel and Katrina, and two great-grand children, Jordan and Faith.  Maria passed away in 2005. 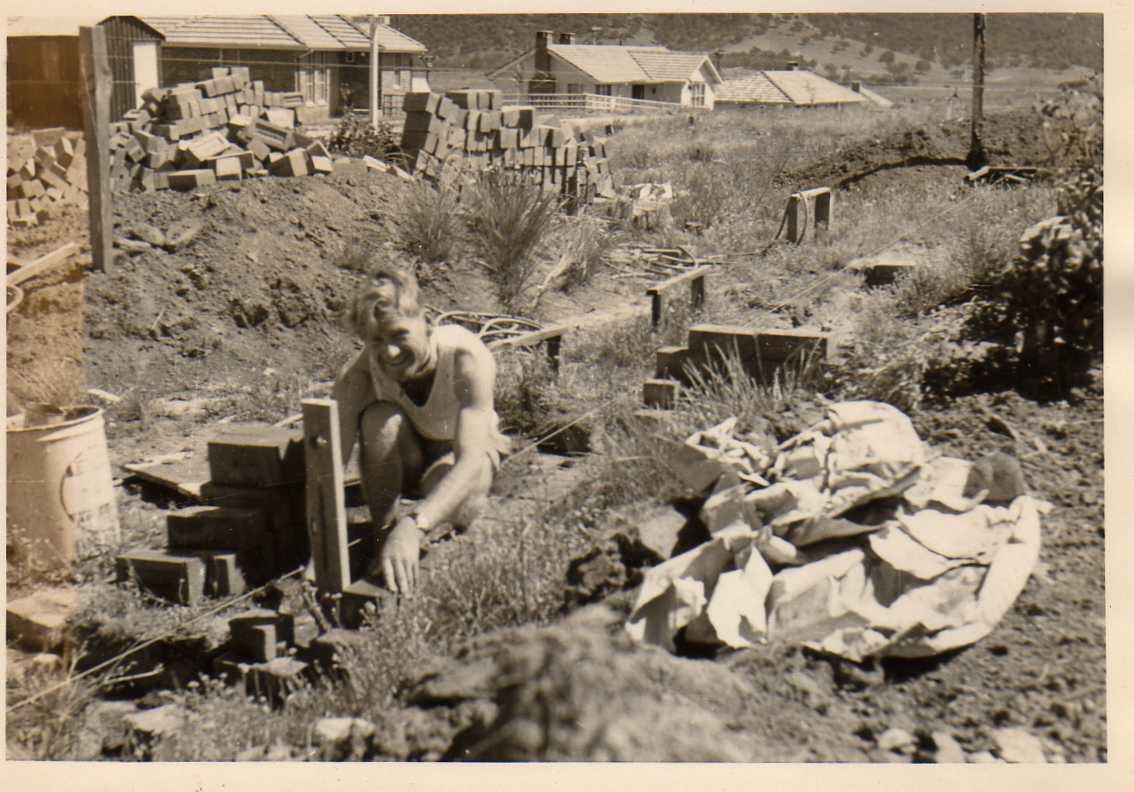 Rudi laying bricks at his home in Yarralumla, circa 1957. 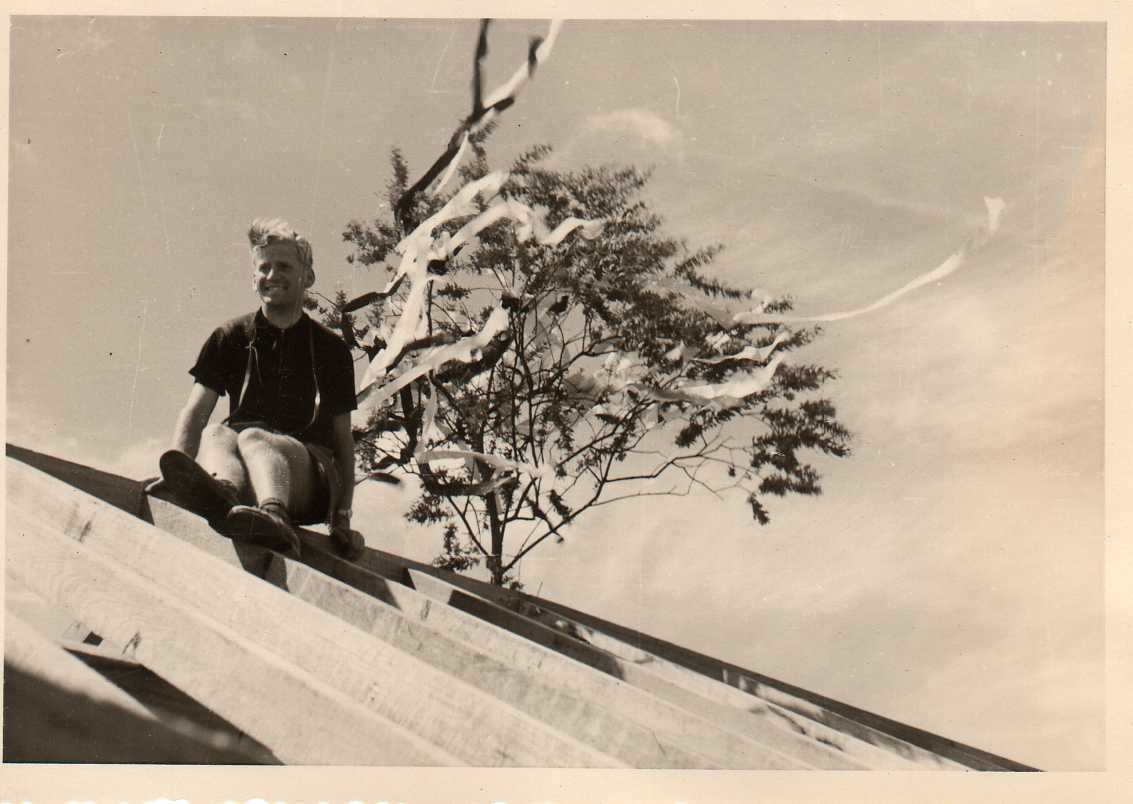 Rudi on top of his house in Yarralumla on completion of the roof trusses.