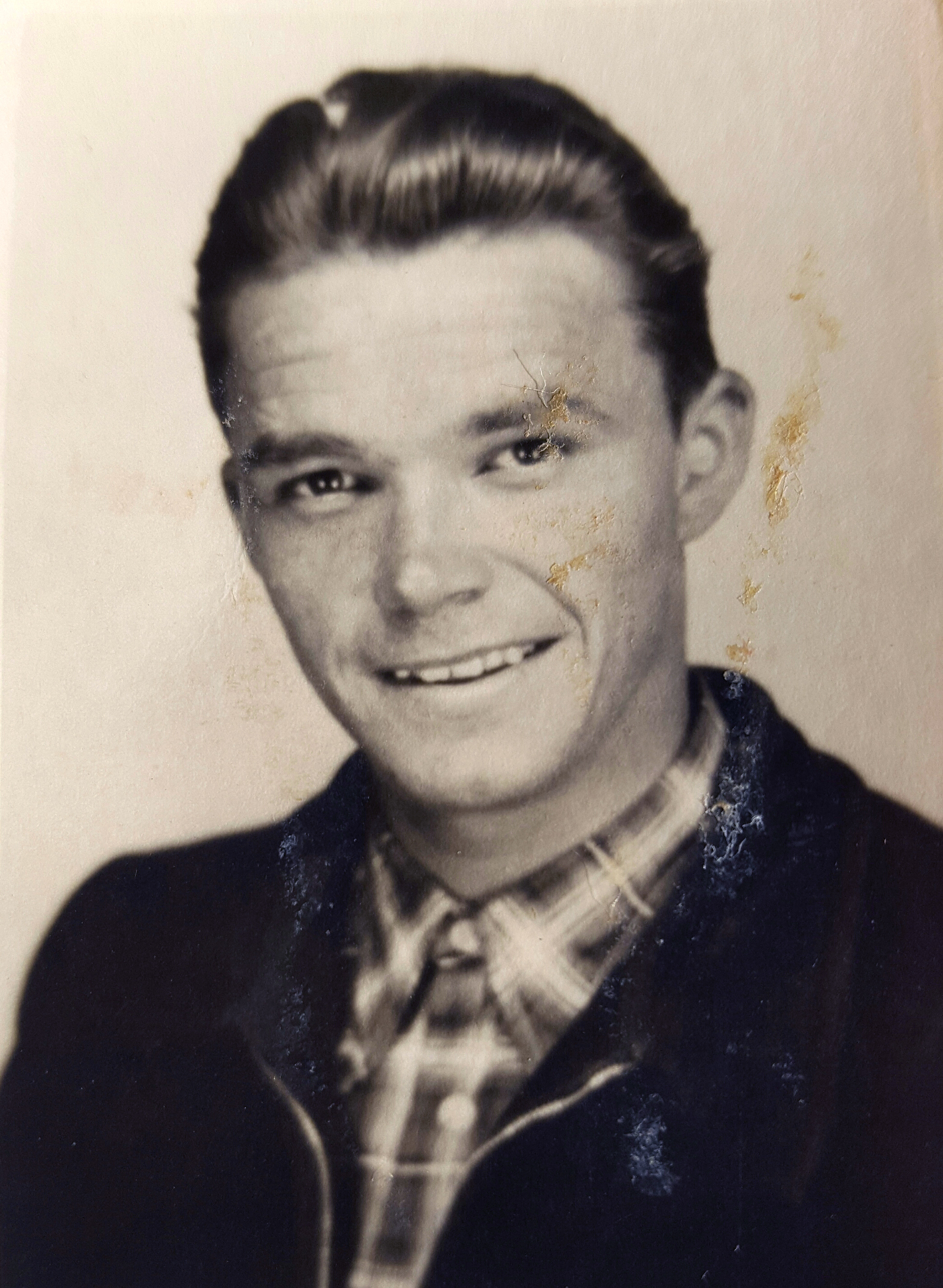 I was born in Nurtingen am Neckar on the 5th December 1927.

Hardship was second nature when I was growing up in Germany. Even though I was able to attend school I still had to come home and was put to work. Memories of my childhood were not overly pleasant. Not having holidays was not so bad but not having enough food to eat was common occurrence. I left school after 8 years and began a 4 year Trade in Joinery. Upon finishing the apprenticeship I worked for Alex Linder making office furniture. From there I worked for Orr who had a firm that specialized in shop fit outs.

One day I read an advertisement about a building company called AV Jennings who were looking for tradesmen to work in Australia for two years. Well that did spark an interest in me, so I responded by letter. Not long after I was asked in for an interview and had to provide references. Within two months I was asked to do a trades test and have a health assessment. Then after a couple of days I was accepted and shortly a notification of the trip was given. I told my parents that I was going to Australia and would be back in two years. So I thought…

In 1951 I sailed to Australia on the ship Napoli. Upon arrival I helped AV Jennings build some of the 1850 homes in Canberra.  Government houses were built in Ainslie, Turner, O'Connor, Deakin and Yarralumla. Once the two-year contract was over, I decided to stay in the Canberra - Queanbeyan area. I met Sylvia while playing drums at the Albert Hall and we married in 1954. 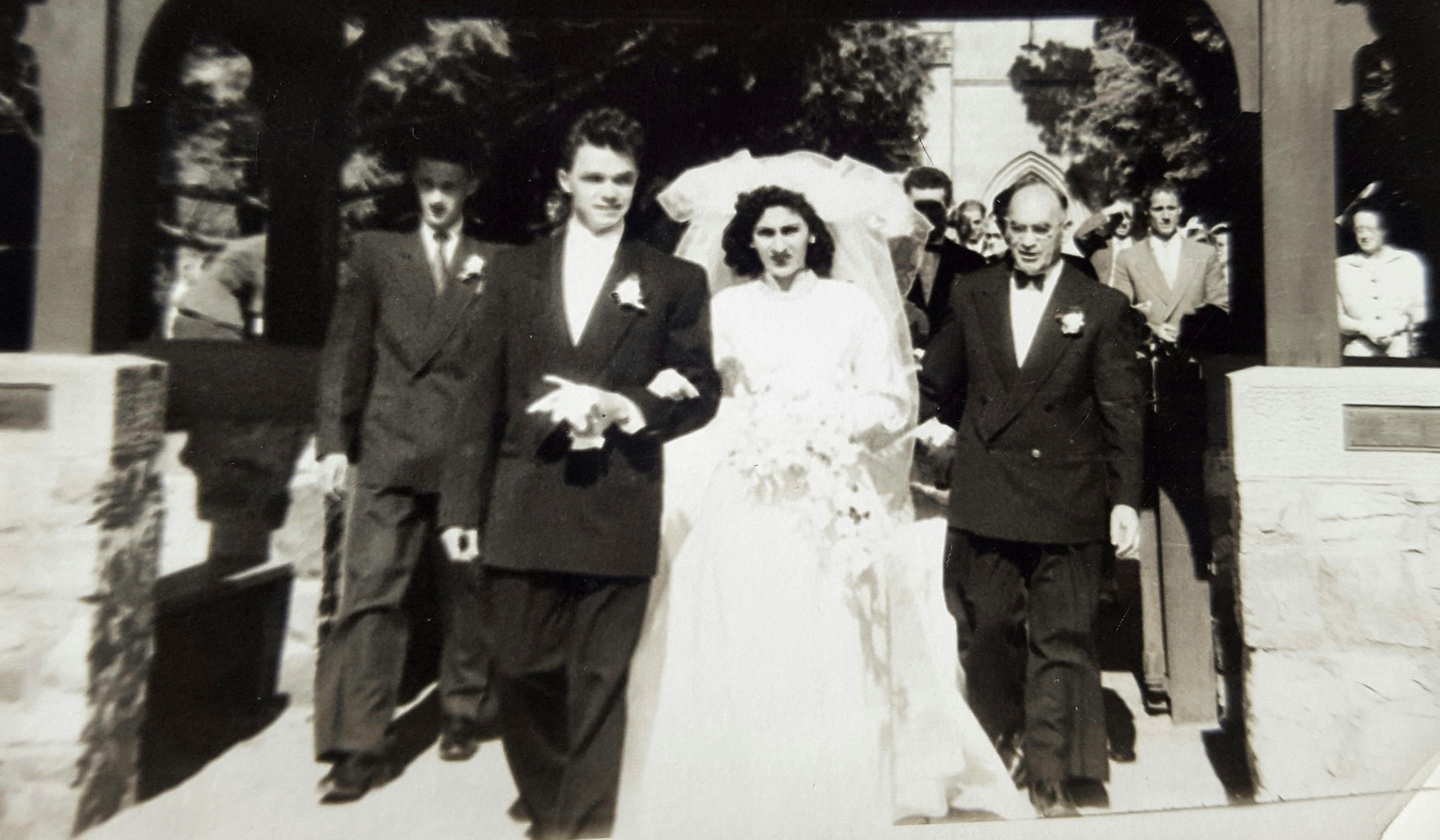 So began my building career. I finished up at AV Jennings as a leading hand and went to work for Donohue and Hopkins Joinery in Queanbeyan.  From there I was a Foreman for Karl Schreiner and ended up building theLyneham High School. After Karl I was hired as Foreman of Trade for the Government Department of Housing. After a short period of time Orlit Homes employed me as their 1st Foreman. OrlitHomes was the first company to get awarded a 350 Government Housing Contract. In the early 1960's I started my own company O'Loughlin Homes. We finished up building the largest motel on Northbourne Ave with 102 rooms and a swimming pool. After 1966 I started up Craftsman Homes. As Managing Director, I built spec homes in Downer and Kaleen, then built commercial premises in Fyshwick.  In the early 1970's I joined Fairlane Canberra as Project Manager and Director. Trading as Perfection Homes in 1978 our company built and sold 365 homes.

During this time, I became a foundation member of the Canberra Harmonie German Club (1963)and since 1965 we held a Jennings German reunion every year at the Harmonie Club.

It was time to retire. I pursued my passion for the land. Over the years I purchased and ran Wedgewood, The Springs, Glendon, Beeda Park and Springfield Valley properties. Besides sheep, goats and horses I raised and sold Charolais, Herefords, Murray Greys and Limousin cattle. This was a luxury that would not have been possible in my homeland. Most of the farmland in Germany had been inherited and a meagre one acre could cost in the vicinity of $ 50,000. 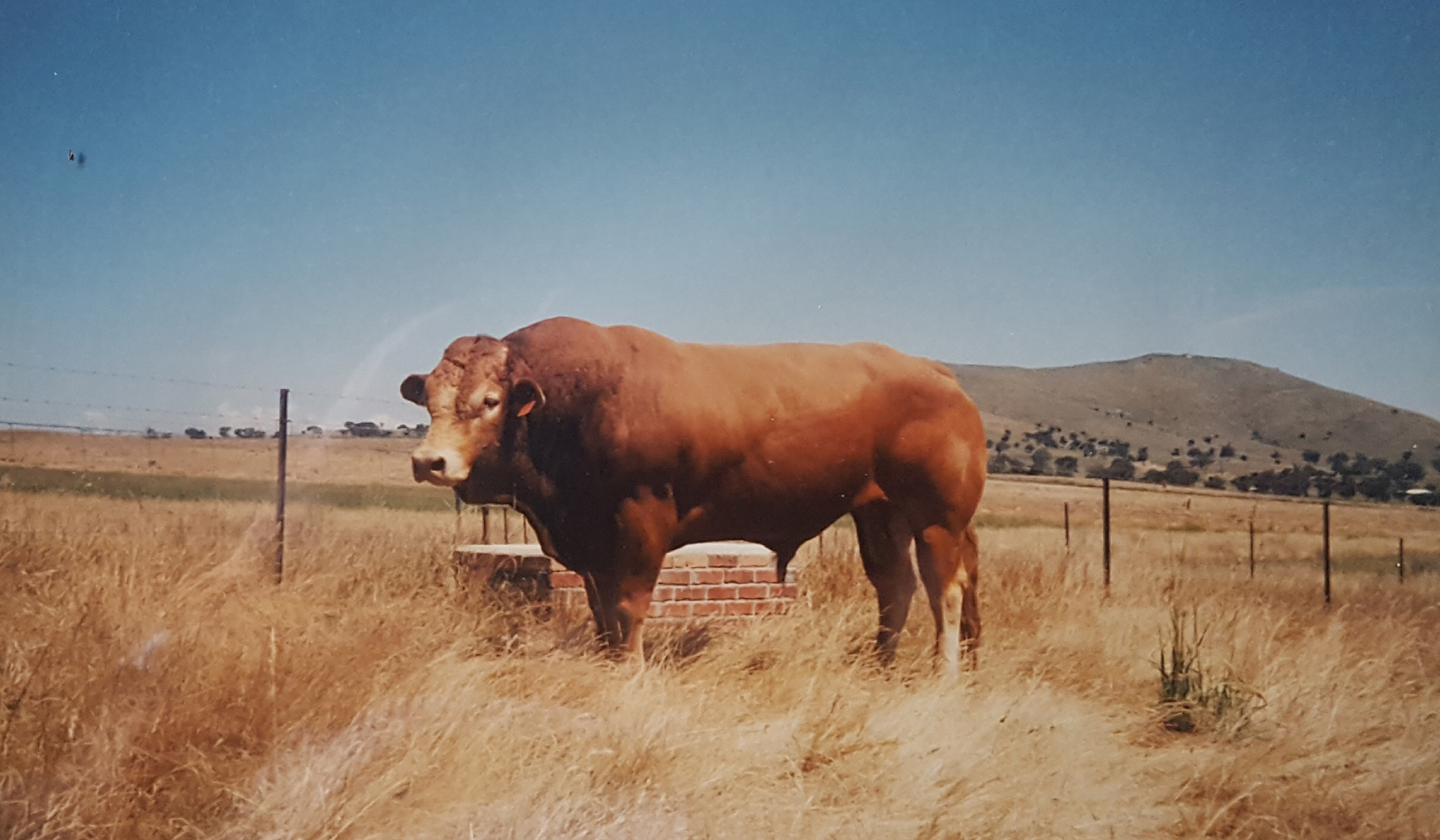 In the early 2000's I was invited back into the Building Industry. The HIA and MBA bought me in as a Judge for their building awards. For my work I received many Outstanding Contribution and Appreciation Awards. In 2006 I received an award for being a 50-year Resident in ACT. Then the Jennings Germans were honoured in the ACT Honour Walk in 2016.

It was not all work, I also found enjoyment in lawn bowls. Playing at Yowani, I was a member of the winning Grade Six Pennants side, Runner up in the Major Singles, Handicap Singles winner and Fours Championship winner. I enjoyed my time at Yowani so much that I became Vice President Grounds and Greens for 7 years. Due to my success I was presented by Yowani with a Certificate of Appreciation for my services. The boy in me was not satisfied. I purchased a Kenworth 22-wheeler truck and contracted to Lopilato's for 2 years. After retiring from trucking I worked out that over the years I  had purchased 6 motorbikes, 4 tractors , 4 trucks and 22 cars/4wd. 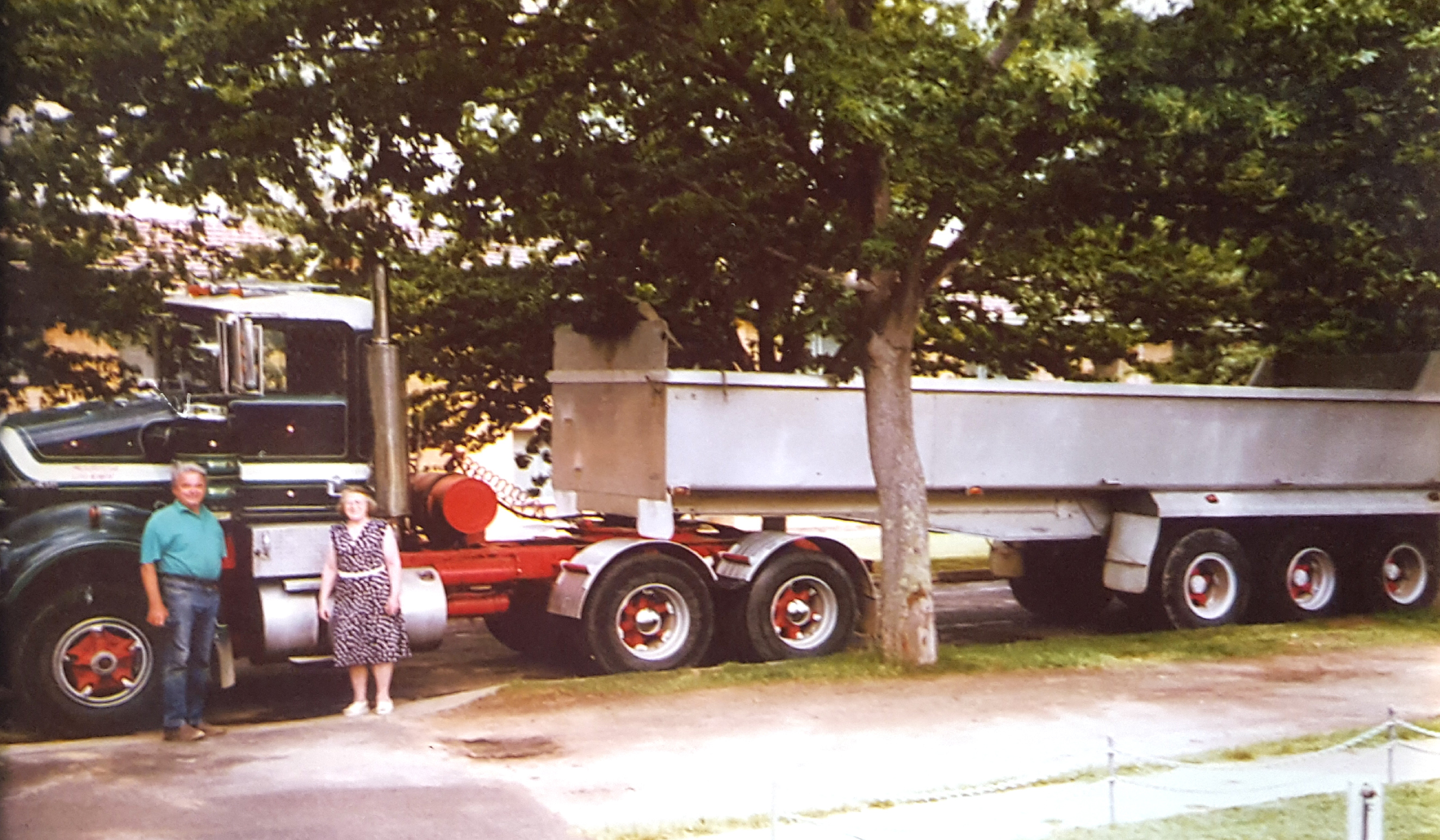 Now the boy in me was satisfied. Now I enjoy gardening and my family. Wife...Sylvia, Daughter ...Margarete, Son....Robert, Daughter in law..... Sue, Grandsons.....Kurt and Jayden, Granddaughters...Liza and Tara ,  Great grandchildren... Sebastian, Lachlan, Claudia and Scarlett. 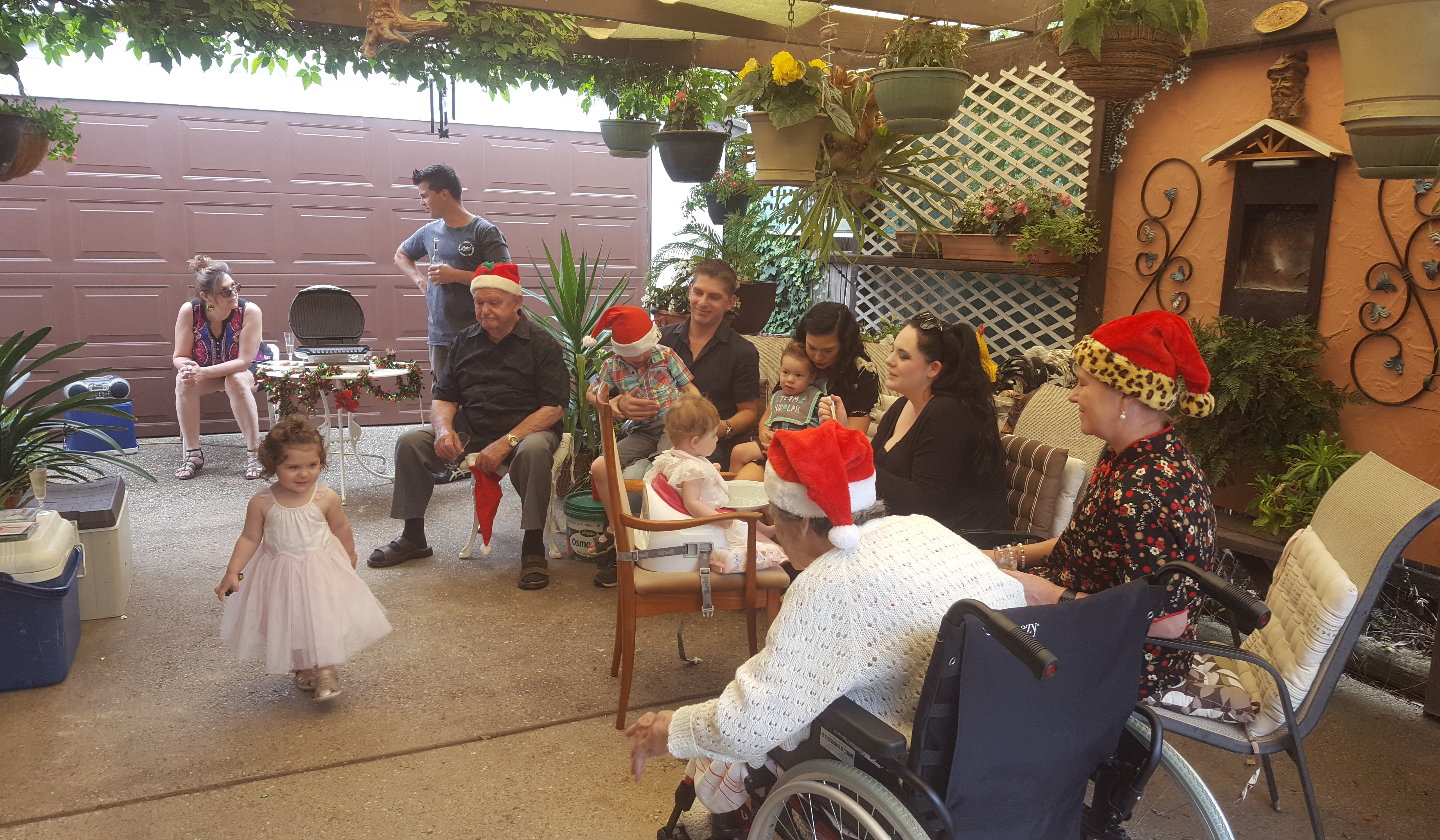