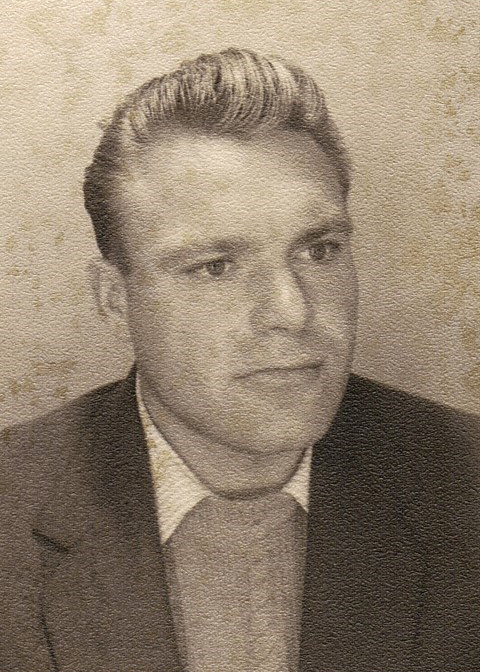 Karl was born in 1925 in a village near Hildesheim, south of Hannover, in Germany.  He saw the recruitment drive by AV Jennings as an opportunity to seek a better life in Australia, far removed from the depressed economic conditions in Germany and particularly as he never again wanted to experience a war, after having fought on the Russian front with the German army during World War II, where he had sustained several bullet and shrapnel wounds.  With ominous signs on the horizon during the Cold War and being able to accompany other young German men, the prospect of working in Australia was very appealing.

Following WWII Karl was treated in a military hospital in Hamburg, receiving bone and skin grafts to allow his wounds to better heal.  He was moved between several military hospitals beyond Hamburg and finally left hospital at the end of 1946, after spending more than a year convalescing.  Karl then took up a two-year joinery apprenticeship with an uncle in a nearby village.  Once qualified, he spent a further two years fitting out houses before successfully applying to work in Canberra.

Karl sailed with the fifth and final group of Jennings Germans to Australia, arriving in April 1952.  A few months after completing his contract with AV Jennings, he worked as a private builder and in partnership with fellow ‘Jennings Germans’.

He met his future wife, Karla, at English classes in Canberra.  Karla had come to Australia in late 1952 as a young single woman out of a sense of adventure.  In 1957 they returned to Germany to marry.  Deciding that there were better prospects in Australia, they returned to Canberra and raised their two children, Robert and Monica.

Karl continued to build houses and in the 1970’s worked for several years as a real estate agent and later managed building projects for various people.  He enjoyed spending time with his family, travelling and stays at their South Coast holiday home.  Karl was a founding member of the Harmonie German Club and liked to waltz and play billiards and the German card game ‘Skat’.

Karl enjoyed a very happy and successful life in Canberra and loved Australia.