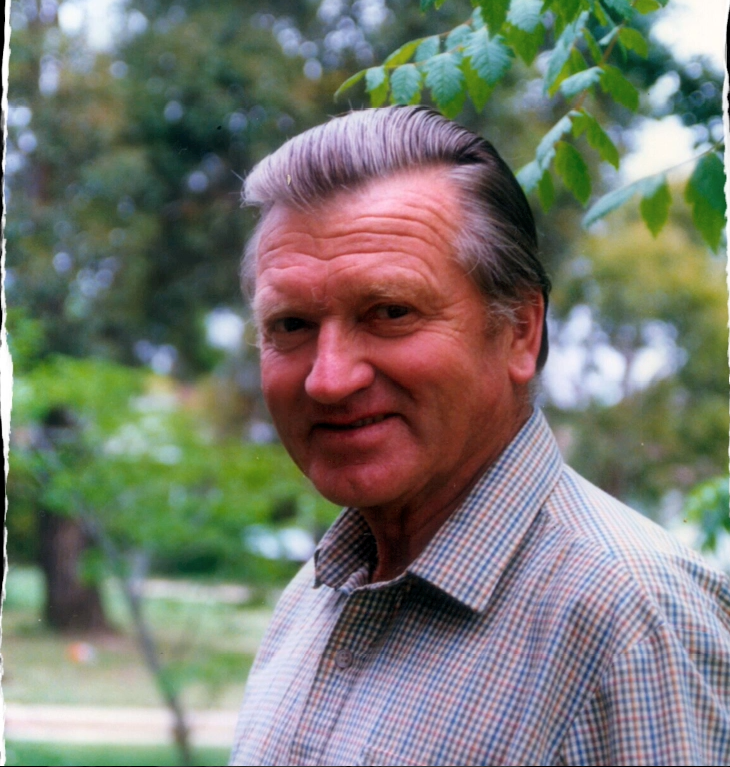 Martin was born in Utting, Bavaria on 3rd April 1928, and spent his early childhood in the nearby town of Landsberg am Lech. His father, Martin Josef Huber, was a soldier stationed with a cavalry regiment in Landsberg and his mother, Berta Frank, was a seamstress/women’s tailor whose father and brother ran a blacksmith/farrier business below their house. (Presumably, this is where the parents met when horses from the regiment were brought there by Martin senior to be shod). Young Martin was an only child. After his father obtained a job as a prison warden in Straubing (Niederbayern), the family moved there in the mid 1930s. Here young Martin attended Volksschule from 1934 until year 8 (1942).

Once war broke out, Martin senior was again recruited into the army, and last saw his wife and son in 1941 when he left with German troops as part of Operation Barbarossa, the German (Nazi) military campaign in Russia. Like hundreds of thousands of other German soldiers, he never returned and Martin and his mother only knew that he went missing in action in late 1941 somewhere in the Ukraine. In the absence of his father, the neighbouring Leikam family, whose father was a former work colleague of Martin senior, became a great support to Martin and his mother. Mr Leikam was the one who introduced Martin to woodwork and encouraged him to develop his skills. 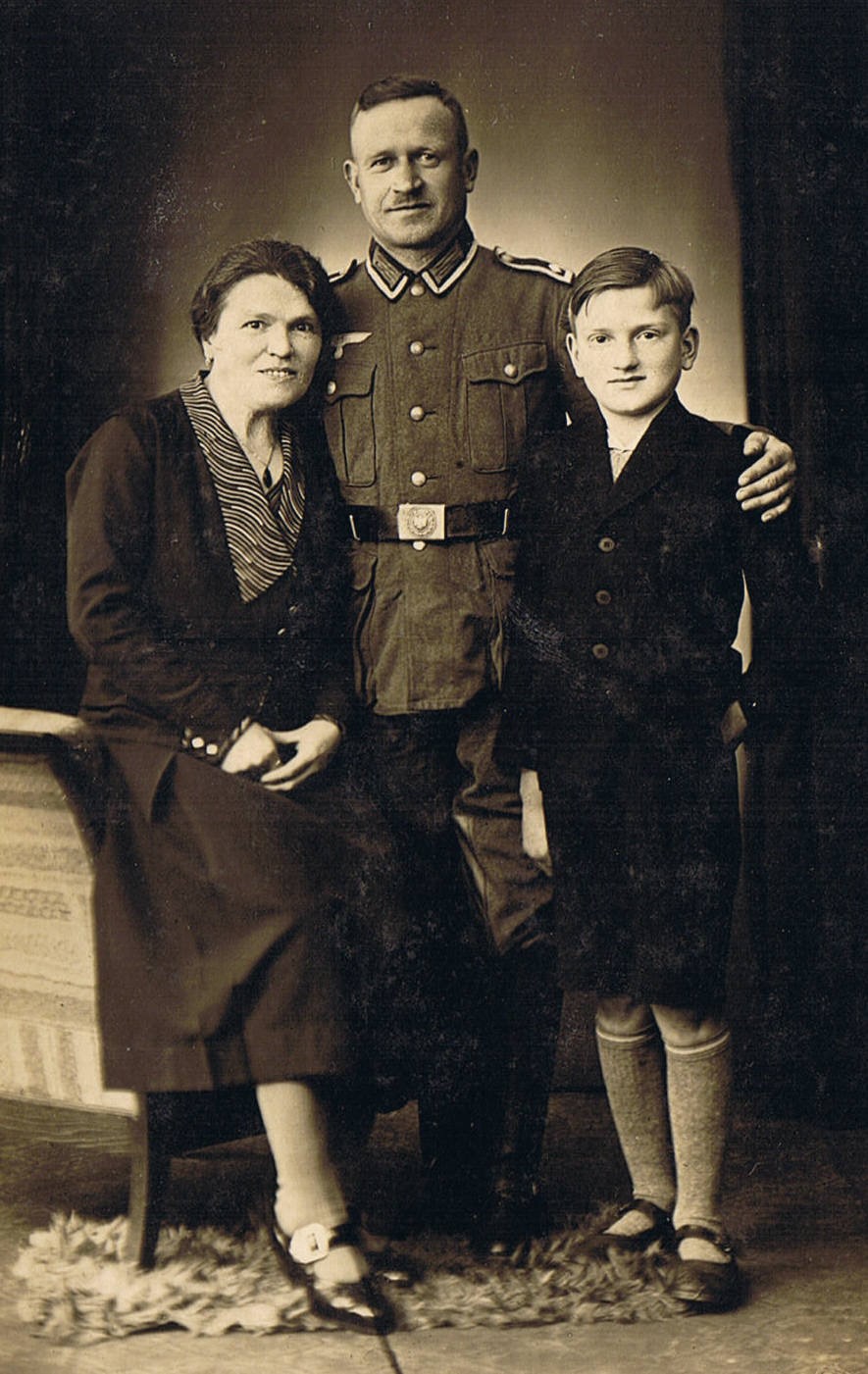 Martin began a joinery (schreinerhandwerk) apprenticeship in 1942 with Hubert Freilinger in Straubing. By late 1944 the German regime were conscripting boys and older men into the military. At the age of 16, from January 1945, Martin served with the Luftwaffe as part of the German occupation forces in Holland, before being taken prisoner by the Allies and finally discharged in August 1945. Martin made his way back to Straubing and completed his joinery apprenticeship by the end of 1945, obtaining his trade certificate in June 1946 with very good results. After the war, like many other Germans, Martin experienced difficulty finding steady work in his trade. He had brief periods of employment helping out in joinery shops and other work, but even though he was a highly valued employee, the work did not last.

When the opportunity came up to apply for both work in his trade with A.V. Jennings and an adventure to Australia, he jumped at the chance. After passing the rigourous selection process, he was offered a contract by Jennings. Even though he was sad to leave his mother on her own, Martin wanted to make the most of what life offered.

With a group of future co-workers, he departed Germany in November 1951 on the Castel Bianco sailing from Bremen to Melbourne then onto Canberra by plane arriving on December 27th 1951. He lived at Hillside Hostel (also known as Capital Hill hostel) with many other Jennings colleagues. While with Jennings, Martin also made a trip with a few workmates to Baradine, north west NSW, over Christmas January 1952/3. They grabbed the chance to make a bit of extra money putting the roof on the Baradine Town Hall, and to see the Australian bush. 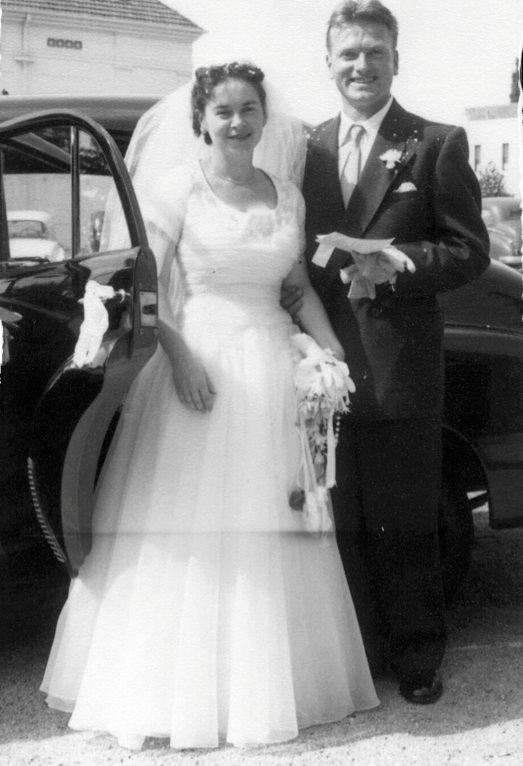 After the contract ended, Martin opted to stay on in Australia to work and build a new life. He joined the ranks of many other migrants and local young people in Canberra who regularly enjoyed socialising and dancing at the Albert Hall and the Services club in Manuka. It was at one of these dances that he met his future wife, Joy (Joyce Mary) Burrows, a nurse working at the Canberra Community Hospital. Joy was born in 1930 in Surry Hills in Sydney but had moved to Canberra in 1947 to complete her leaving certificate at St Christopher’s school in Manuka, where her sister, Eunice, was a teacher. Martin and Joy subsequently married at St Christopher’s in early 1957 and the first of their six children, Christine Lillian, was born in late October 1957. Initially Martin and Joy lived at the Brisbane Avenue Hostel in Barton, now the AFP college, before moving to a government house at 82 Jervois St, Deakin. Martin had never wanted his children to be alone like he was, so the family expanded to include Angelika Therese (Anna) 1959, Martin Anthony (Tony) 1960, Timothy James, 1962, Marie-Luise, 1964 and finally Thea Veronica in 1966. His commitment to life in Australia was sealed when he became an Australian citizen in November 1964.

After leaving Jennings, Martin set up a building business with a Jennings colleague, but that did not work out. After working with several other Jennings associates, he eventually started building houses to sell, but financially this was a precarious prospect, especially with a large dependent family. In 1965-66 he also attended night school to get his leaving certificate and began building a house for the family in Lyons. However, after Martin was unable to sell a ‘spec’ house for many months, the dream of their own home in Lyons had to be given up.

This also necessitated a change of work direction, so by 1968 Martin began renovating houses and doing some related joinery work, while Joy returned to night duty nursing at the Canberra Hospital to help meet the needs of the growing family. The family moved in 1971 to a larger government house in Rivett, which Martin later bought and extended. By the early 70s, Martin had taken on former Jennings German, Edgar Weiss, and they worked alongside each other for nearly 20 years on these renovation jobs. In 1974, Joy commenced a degree in early childhood education at the Canberra College of Advanced Education (now University of Canberra) and became a teacher of infants and young children in several Canberra schools until she retired in 1993. 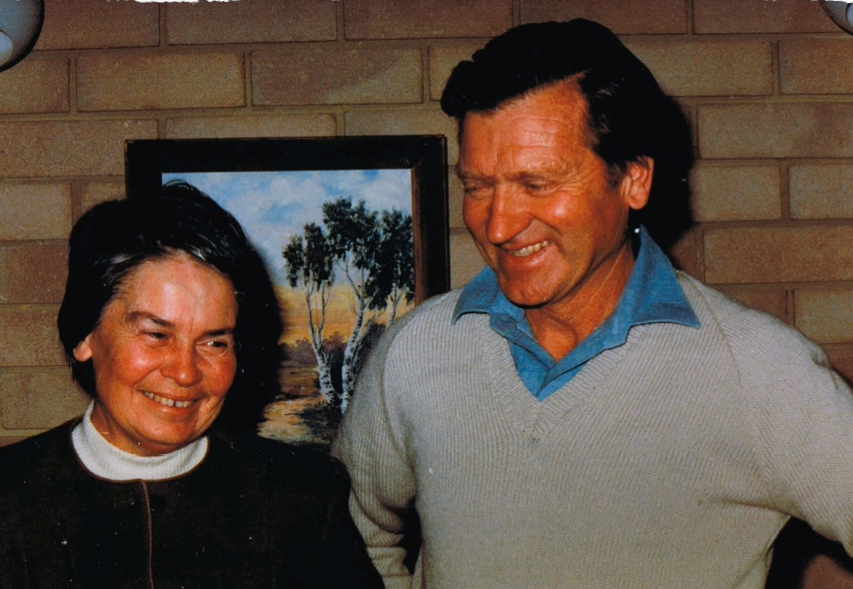 Except for a solo trip in 1961 when Martin travelled by plane to see his ill mother, return visits to Germany were out of the question for many years. Only in 1981, Martin was able to go for the first time with Joy, Christine and Anna to meet his mother and other family members in Bavaria, and before his mother died in 1986. Martin, Joy and their children were able to make other trips in subsequent years to renew and make new family connections.

Only in the early 1990s, was Martin able to finally build their own house in Theodore. He subsequently retired, doing small occasional joinery jobs e.g. for the parish church. He died on 5th December 2007 after suffering from Parkinson’s disease in the last decade of his life. He is survived by his wife Joy, six children, 12 grandchildren and currently 3 great grandchildren.

Perhaps due to their own experiences of coping with multiple hardships far from family support, Martin and Joy placed a high priority on education, and worked hard for many years to ensure their children had a good quality, well rounded foundation for life. They valued hard work and service, and doing things well, and together invested hugely in building lives not just for their own family of six children (and their subsequent families), but for many other Canberra families, whose houses and furniture Martin built or renovated or who Joy nursed or educated.