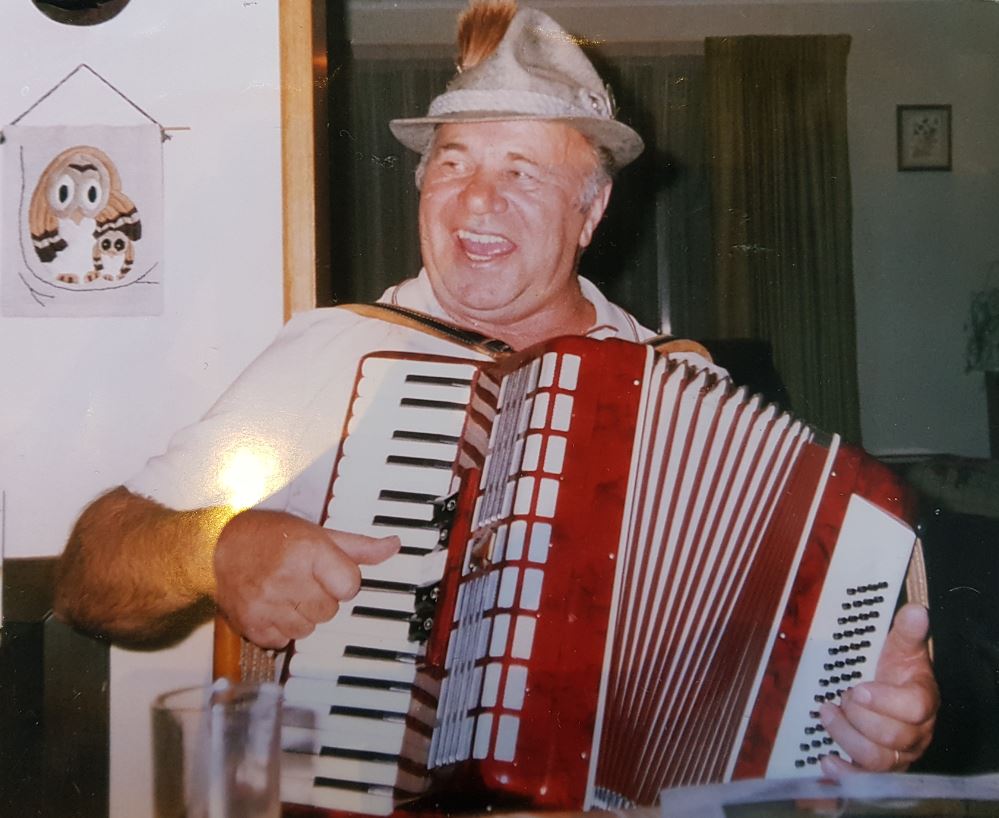 Franz was born in the family home, the third of five children born to Georg and Rosa Aigner. The house has been in the family for several generations and is situated on the outskirts of the village of Raitenhaslach which lies on the banks of the river Salzach, on the opposite bank is Austria. Raitenhaslach village has a long history, founded as a monastery sometime before 788 AD. The brewery, church and monastery all ran on hydropower from the fast flowing river. Most of the Aigner family had lived in this area for generations. A very old oak tree in the fields behind the house, where generations have farmed and rested, is still known by the alternate family name, the ‘Schuster oak’, because his ancestors were shoemakers. Franz was a member of the Rifle Club and Volunteer Fire Brigade as was his father; both were in the local brass band where dad played the tuba and Franz the trumpet. He later learned the accordion which was more versatile. 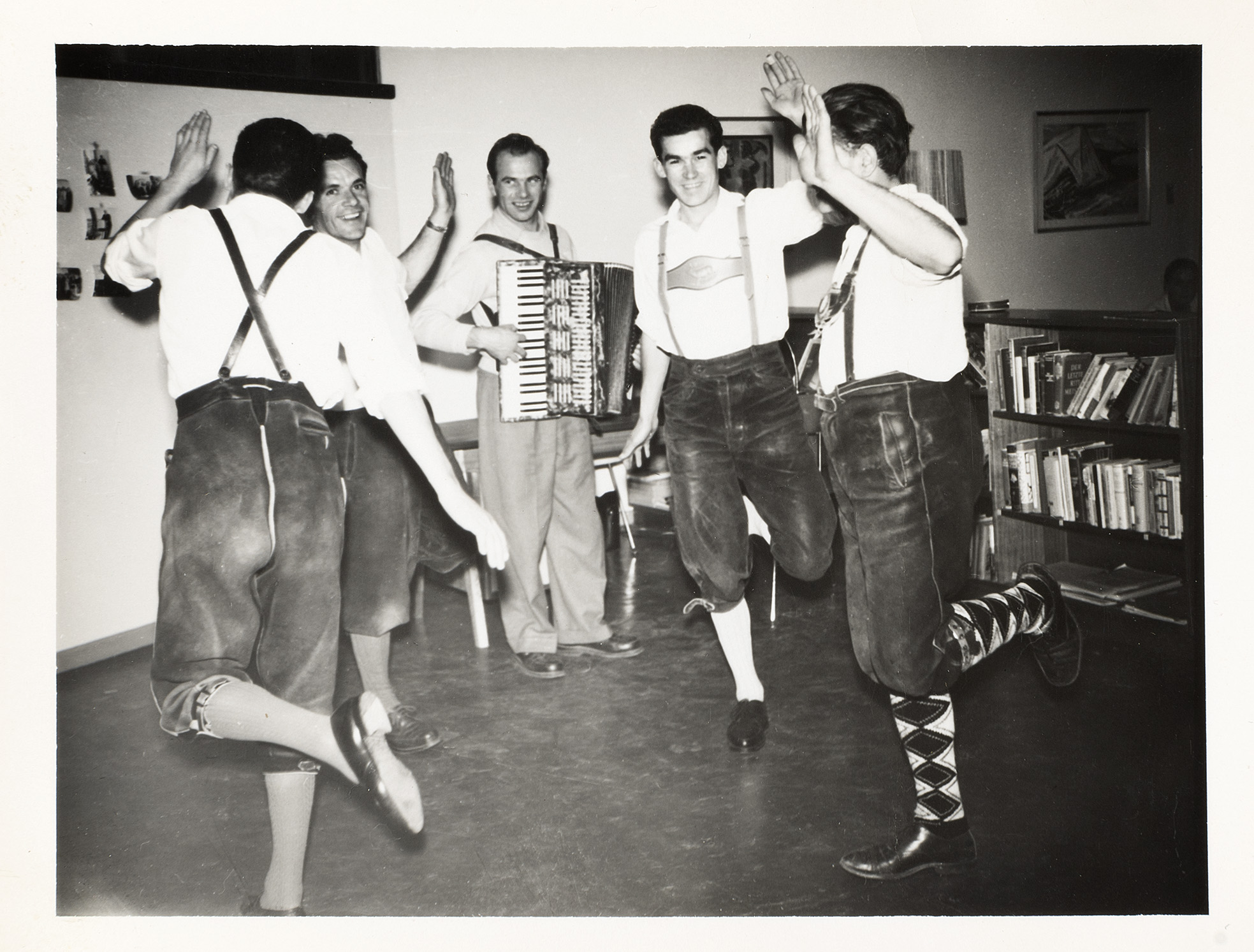 Georg Aigner was a shoe maker, as was his father before him, and he taught his three sons the trade but Franz had always wanted to be a carpenter. He said he wasn’t sure why but he was sure! After leaving school he was apprenticed to a master carpenter in a small town nearby and attended trade school. He later completed his apprenticeship at a large joinery and was recognised as a very able carpenter and joiner.

It was during one of his lunch breaks that he read, in a trade magazine, the A.V. Jennings’ advertisement. He said it sounded exciting and adventurous, after all Australia was in the “South Seas”. [Think Hollywood movies and handsome heroes in white suits!] So, he answered the advert and waited for a reply. This came and the adventure began-first interviews and trade tests, acceptance, then the most difficult, break the news to Mum and Dad! Next step was to plan the trip to Hamburg where he [and the white suits] boarded the ship Castel Bianco ... which would carry him to the South Seas, Melbourne, then a plane flight to Canberra.

All the “boys” will tell you that the practical tests they given were tough, ensuring that only the best got through. Because of this Franz was surprised to find that they were to erect only prefabricated homes, never the less they all did their best work and had a good deal of fun along the way! Accommodation was provided and Franz’ was at Capital Hill Hostel which was so convenient he stayed there for several years. Working hard, he built many houses in Canberra, was a foreman on large projects such as the Mawson Flats and enjoyed working at the Australian National University in retirement – where he was especially happy with the curved wooden roof above the fish pond at University House. 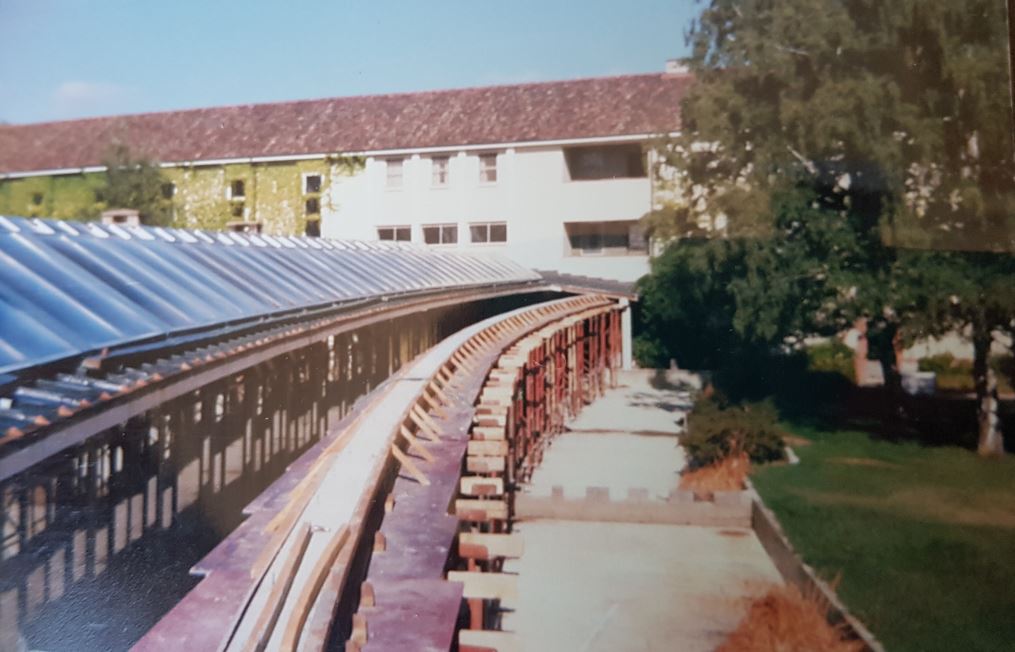 He was a foundation member of the Harmonie German Club, which was the centre of the community, and the ski club at Guthega which the community built on weekends. He often played his accordion at dances and was always serving at the Canberra Octoberfest, wearing his Bavarian hat. 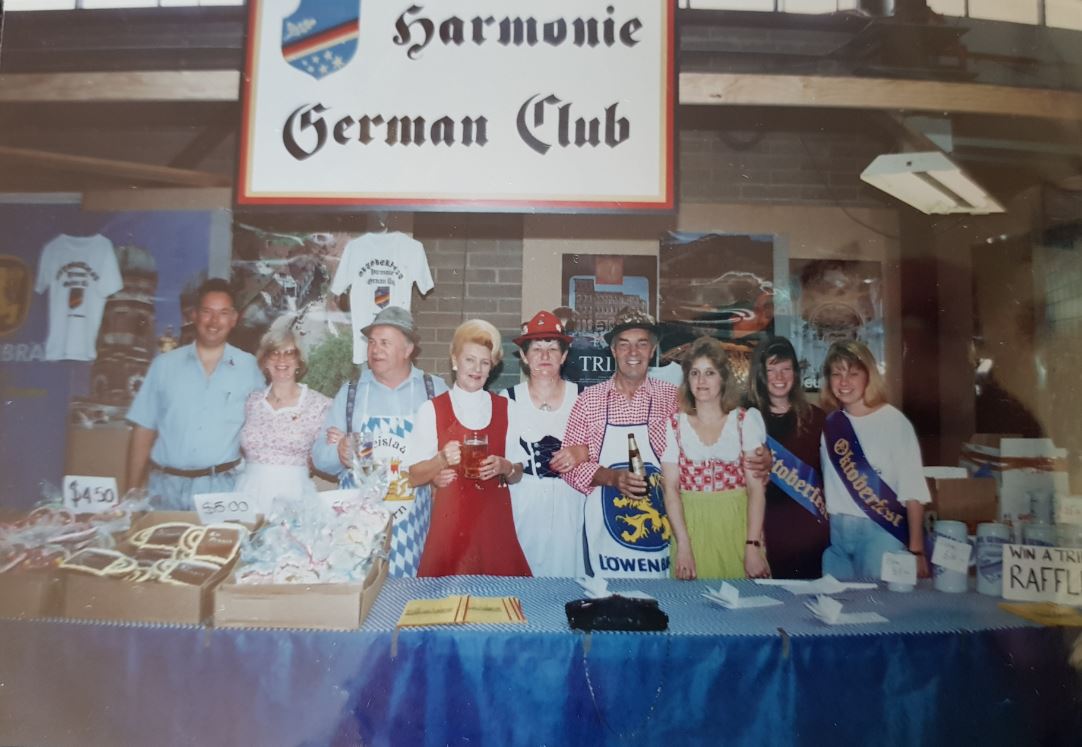 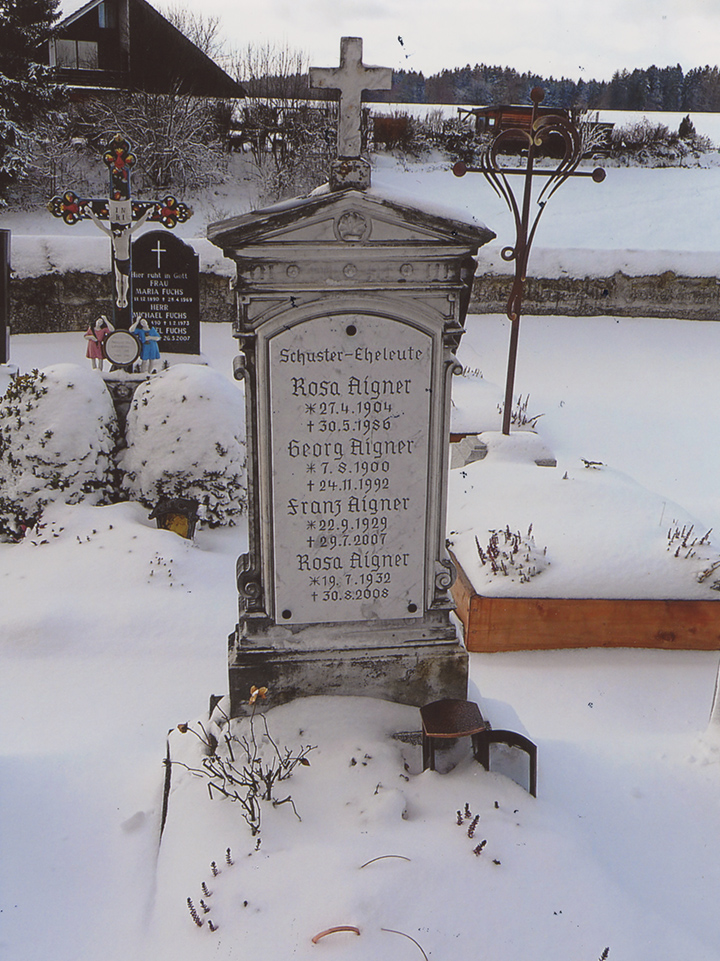 He married Margaret in 1969, their daughter Katherine was born in 1970. Although this relationship didn’t go to plan, they remained in contact and he was proud of his daughter. He met Barbara in 1972 and cherished bringing up Stephan. He later went on to marry Pauline in 1988 and lived happily until his death. On his wish, his daughter took his ashes back to Burghausen where he is surrounded by family in the family grave in the Wallfahrtskirche St. Maria Himmelfahrt church at the Marienberg, a baroque pilgrimage church which had been built on an ancient Celtic burial ground, on a hill in the bend of the river Salzach.